White people don’t have many babies these days (cont’d) 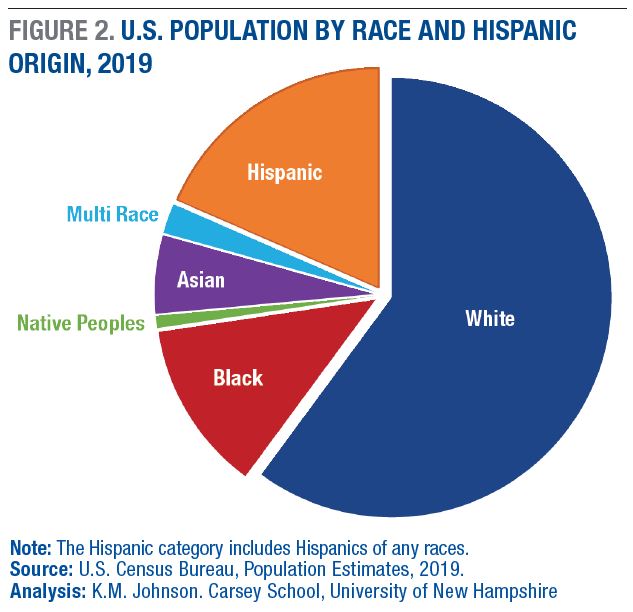 The basic story of demographics in the United States over the past couple of decades is that non-Hispanic whites have had smaller and smaller families, which means that the proportion of people who are some other ethnic or racial group keeps growing.

Ken Johnson, a demographer at UNH, has been following this for a long time. I’ve interviewed him many times and he frequently shows up in national stories.

His latest report is more of the same:

In 2019, the U.S. population grew at the slowest rate in a century because of fewer births, more deaths, and less immigration. Yet even as fertility rates diminished regardless of race or Hispanic origin, and immigration declines were widespread, racial diversity continued to increase, according to a new analysis of U.S. Census Bureau data by the University of New Hampshire.

You can read the details here.

Note: I wrote the headline this way instead of using terms like “increasing diversity” because the driving factor in US demographics is shrinking families of non-Hispanic whites, far more than anything done by other ethic or racial groups. To me, milder terminology can sound to some people, especially people who believe that the only “true Americans” are those with European heritage, like whites are being overwhelmed by immigrant hordes or excess “brown babies” – that’s not the case.