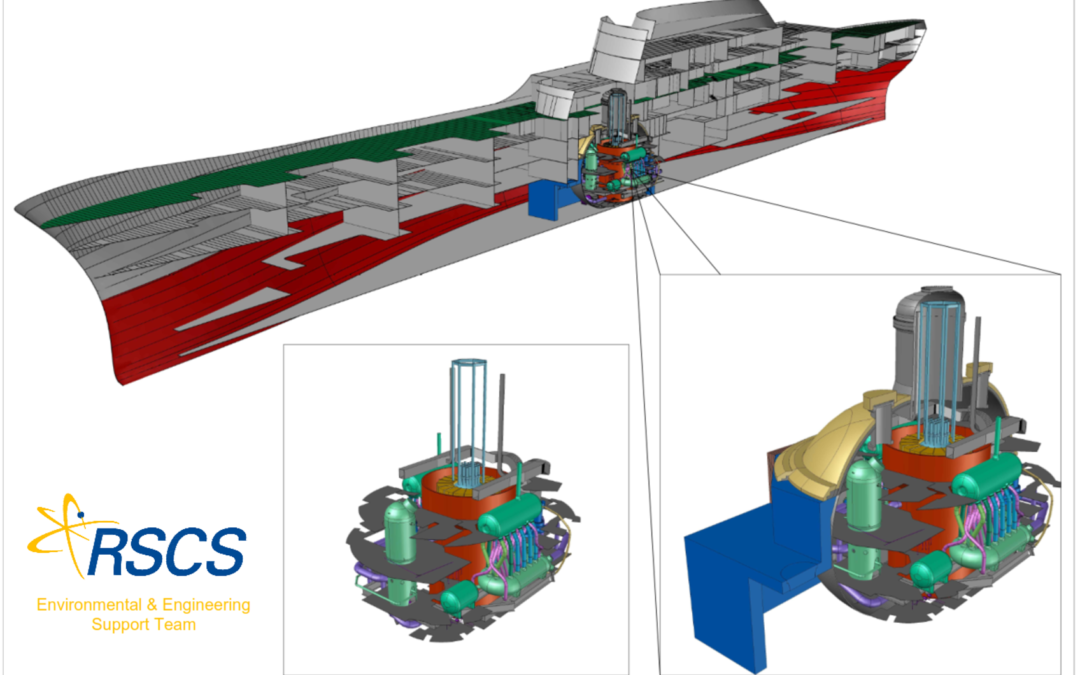 A cutaway illustration of the Nuclear Ship Savannah showing the nuclear reactor compartment. Although the nuclear plant was removed decades ago, residual radiation remains in piping and other components that must be removed.

A New Hampshire company that has disposed of radioactive material for decades is part of a joint venture that recently won a $54 million contract to decommission one of the few non-military nuclear ships ever built.

“The Savannah is a very, very interesting ship. It is a cruise ship, a nuclear cruise ship,” said James “Jay” Tarzia, co-owner of Radiation Safety and Control Services of Seabrook. “It was a test concept for (President) Eisenhower’s ‘Atoms for Peace’ program. It had some cargo space, but it was a cruise ship with a swimming pool, lounge, the whole ball of wax. For 10 years or so it traveled around the world to show off peaceful use of nuclear power.”

The Nuclear Ship Savannah was launched in 1959 and taken out of service in 1971, and has been mostly stored since. It was designated a National Historic Landmark in 1991; the designation says the ship “sailed half a million miles around the world and was visited by 1.5 million people. This exposure, unprecedented for a nuclear facility, is credited with easing anxieties over nuclear energy.”

The Savannah’s nuclear power plant, a pressurized-water reactor that created steam to drive the engines, was removed decades ago but residual radioactivity lingers in pipes and other equipment within the reactor containment area. A joint venture called Nuclear Ship Support Services, consisting of Radiation Safety and Control Services  along with Energy Solutions of Charlotte, N.C., will determine what needs to be removed and disposed of in licensed landfills or radioactive waste sites. The contract extends for four years with an option for a fifth and will probably involve “a couple thousand pounds” of material, Tarzia said.

The goal is to render the ship safe enough so that it no has to be licensed by the Nuclear Regulatory Commission. At that point it will either be scrapped or turned into a museum.

Radiation Safety and Control Services was created in 1989 by three engineers who had worked at the startup of Seabrook Station nuclear power plant.

“We started the company to support small licensees like hospitals and industrial facilities that use radioactive material” that needs to be disposed of, said Tarzia.

Over the years it has expanded into many industrial areas that deal with radioactivity, including helping to decommission nuclear submarines and nuclear power plants, including the shutdown of the Maine Yankee, Connecticut Yankee and Yankee Rowe plants as well as power plants in California and Europe.

The firm was headquartered in Stratham until 2019 when it moved to a new office building in Seabrook, where it has about 40 employees. Tarzia said about 40 people work in the corporate office in Seabrook, while the company employs around 250 people at job sites throughout the world.