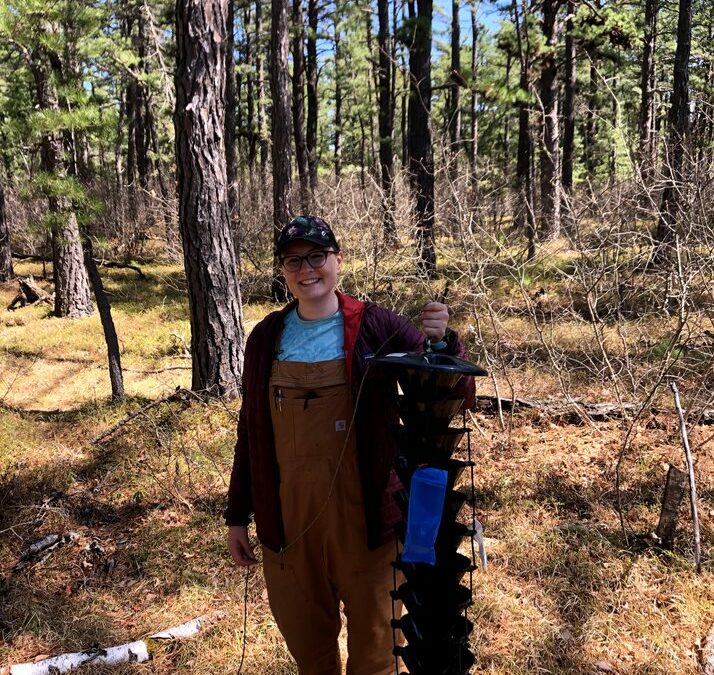 From UNH News Service: Researchers at the University of New Hampshire have discovered the southern pine beetle, one of the most damaging tree-dwelling insects in the Southeast, in forests in Maine and New Hampshire. The southern pine beetle has never been seen this far north and has forestry experts concerned, specifically about the pitch pine barren trees found throughout New England.

“Warmer winter temperatures make it easier for beetles to survive further north,” said Jeff Garnas, associate professor of forest ecosystem health, whose research team made the discovery. “While not exactly surprising, this finding is a stark reminder of how species, including those of significant ecological and economic importance, are already responding to the changing climate.”

The southern pine beetle was found in research traps set by Garnas’ research team in both Ossipee and southern Maine, near Waterboro. The tiny insect is only 3 millimeters long — smaller than a grain of rice — but it regularly destroys millions of acres of pine forest in the southern U.S. and Central America. Prior to its discovery on Long Island in 2014, the southern pine beetle had never been detected further north than New Jersey. Garnas, and Caroline Kanaskie, the doctoral student who found the insects, stress that finding a few beetles in traps doesn’t necessarily mean trees are dying on the landscape just yet.

“Small numbers of beetles won’t hurt a healthy tree, but small populations can survive in trees weakened by other factors, like lightning strikes,” said Kanaskie.

The concern is when the beetle populations increase dramatically. To reproduce in large numbers, the bark beetle needs to kill host pine trees by boring under the bark and destroying the phloem layer of the tree—the pipeline where food, or sugar, is passed to the rest of the tree. Trees are often mass attacked by thousands of southern pine beetles. Infested areas can range from 10 trees to several thousand acres. Large areas are often killed before land managers are aware of the beetles’ presence, so researchers say the key to prevention is early detection and the implementation of effective management practices, like ones already developed by forestry experts in the South who have been dealing with this for over a century.

Some of the earliest recorded outbreaks of the southern pine beetle were reported in the late 1700s and early 1800s in North Carolina, South Carolina, Georgia and eastern Tennessee. The beetle’s historical range reaches as far as the New Jersey pitch pine barrens, though outbreaks are rare there. In 2010, however, after the state’s warmest growing season on record, over 14,000 acres of pitch pine were lost to the beetle. Since 2014, Long Island has reported ongoing outbreaks with many dying trees and the southern pine beetles have been detected in traps in New York, Massachusetts, Connecticut and Rhode Island.