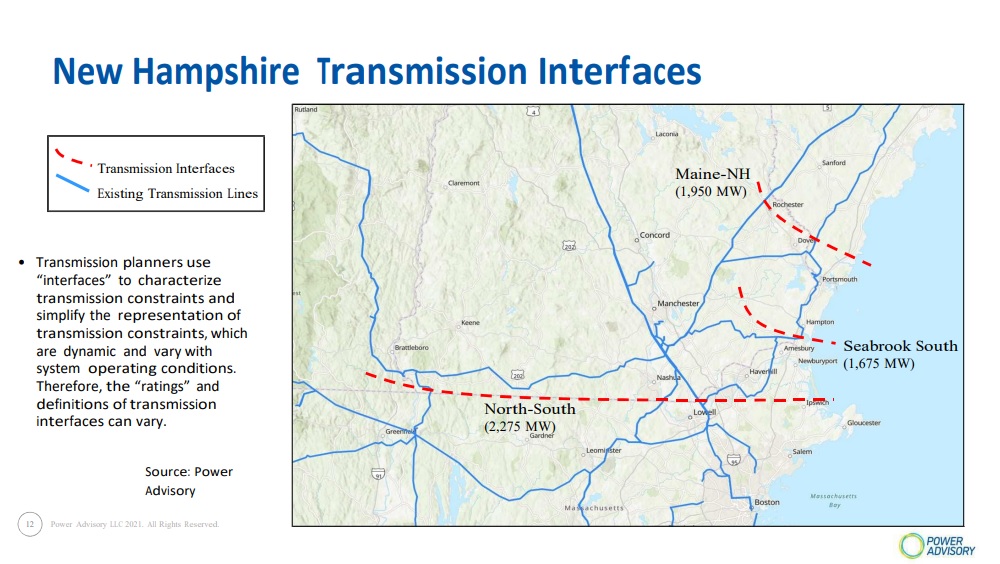 It doesn’t seem like New Hampshire has a lot to bring to the table for the coming boom in Gulf of Maine offshore wind. We haven’t been doing much basic R&D like Maine, we don’t have much in the way of industrial seaport facilities like Massachusetts, our coastline is tiny and our electricity market isn’t all that big, either. We will benefit from cheaper, greener electricity in the New England grid as wind farms (finally!) get built but it’s not obvious to see how we’ll get lots of jobs and income from construction and maintenance.

A big hairy report from a slew of agencies (read it here if you have some time) points to some ways that the state can increase indirect benefit, like setting up a NH Offshore Wind Business Supply Chain Registry, but also points to possible direct impact: Places where power can come ashore. There aren’t many places on the coast where 345 kilovolt points of interconnection exist. The mothballed Schiller Station power plant on the water in Portsmouth is one of them; it’s connections are hardly used any more, making it a prime spot to connect to some wind farms. Newington Generation Station a quarter-mile away is another possibility, although it’s still an ongoing gas-fueled plant.

The report licks its chops over possible “economic multipliers” from such effort: “For an example $20 million invested in interconnecting offshore generation to the onshore grid in New Hampshire, approximately $87 million in GDP and 600 construction period jobs would be expected.”

The report also talks about the state’s commercial fishing industry, a group that has been wary about offshore wind in the U.S. – although they seem to get along in Europe. It includes this sobering chart that shows commercial fishing in New Hampshire is virtually nonexistent except for lobsters: