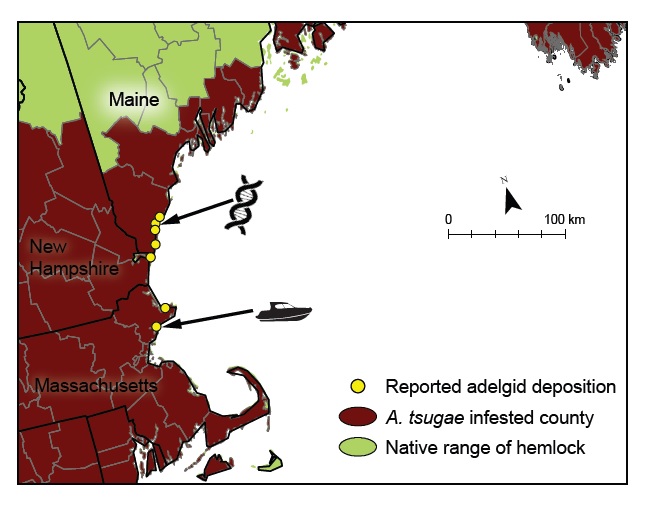 The reports came in around Jun 7 of last year from a series of beaches in southern Maine and N.H. (and one in Mass.) of black stuff at water’s edge staining people’s feet. Sampling of the material followed up by DNA studies eventually pinned it down to a quirk in the life cycle of the invasive species.

As reported by a half-dozen researchers from state and federal agencies in Maine and New Hampshire (published bin the journal of the Acadian Entomological Society here), in its native east Asia, “a proportion of the individuals that mature in early summer become winged individuals called sexuparae, which in their native range migrate from hemlock to tigertail spruce.” But there’s no spruce species in North America that can host them, so they die off in large numbers – billions or maybe trillions – and in just the right (wrong?) circumstances.