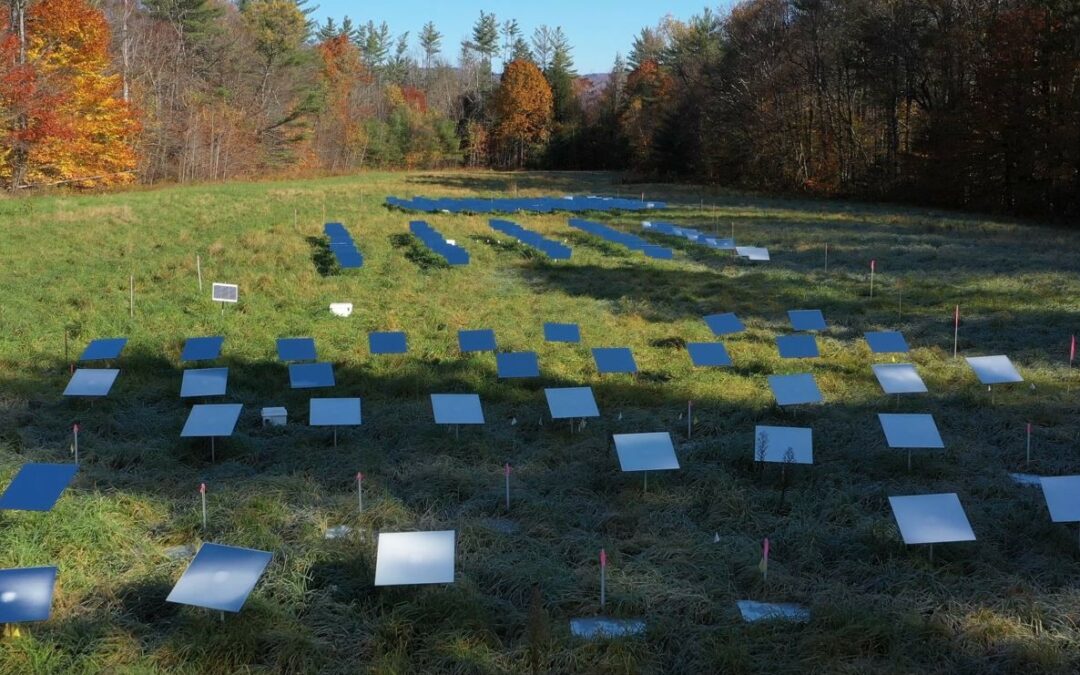 A screenshot from the video showing the mirror array by PSU.

In October I wrote about an interest experiment to see if reflecting heat upwards via mirrors could be a climate mitigation strategy. (The story is here.) Test patterns are being set near Plymouth State University and at NHTI, Concord’s community college, to see what effect they have on local conditions like air and soil temperature and humidity, and also to study such boring stuff as how best to attach the mirrors to poles in the ground.

PSU’s completed arrays hold 60-by-60-centimeter mirrors made of reflective film between thin tempered glass, held on cedar blocks by suction cups. The blocks are mounted at 25 degrees (the angle of the summer solstice sun) atop meter-long glass rods half buried in the ground.

Glass seems an odd choice for a support. But, the professors told me, unlike wood it can’t be chewed through for the five years or more the experiment will run, and unlike metal it doesn’t conduct heat into or away from the soil, which would affect the results.

PSU has uploaded a drone video showing their test pattern, which has four sets of mirrors in different layouts to see the effect of mirror density. NHTI’s test beds will compare height off the ground and material.