“Sea level” isn’t all that level, and it’s getting higher 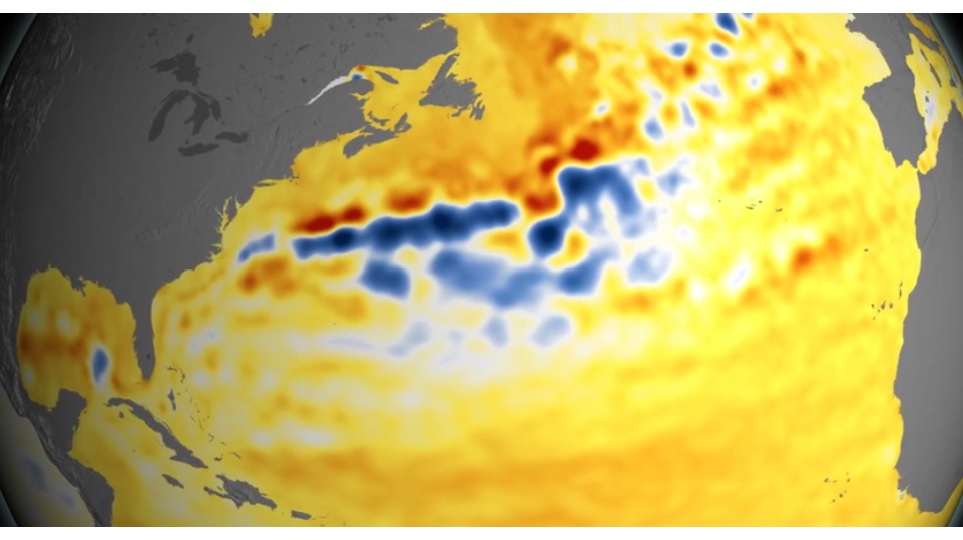 This screenshot from a NASA video shows sea-level rise since 1992 - yellow is a rise of about 3 cm., red a rise of up to 7 cm., and blue shows lowering.

NASA has released new satellite data detailing sea-level rise, which is partly caused by warming oceans (water expands as temperature rises) and partly by melting glaciers or polar ice pack. The general message is that the increase is happening at the upper end of predictions and is very likely to get worse. Enjoy the beach while you can.

The interesting thing to us laymen, who think of “sea level” as being a flat surface around the globe, is how variable the rise has been. Most weirdly it seems the Gulf Stream is being tweaked, with portions sinking and other portions rising fast, as you can see from the above picture.

The U.S. coastline north of Cape Code, including the 18 miles (depending on how you count it) of New Hampshire’s coastline, is likely to see higher-than-normal sea rise in coming decades due to a slowdown in a major ocean current system known as the Atlantic meridional overturning circulation, which includes the Gulf Stream, and a fluctuation in atmospheric pressure at sea level (story here).