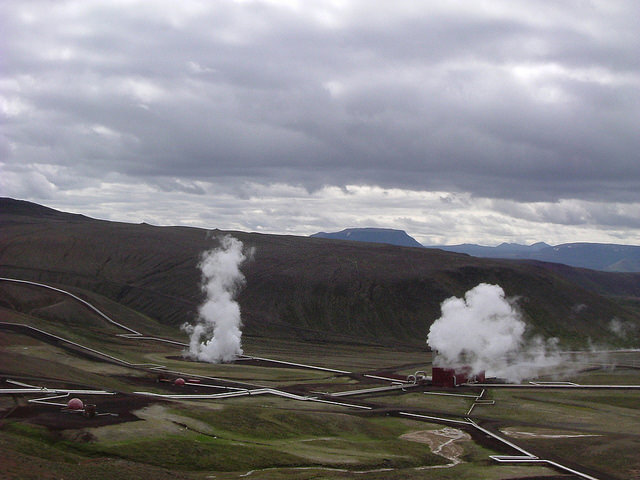 A 2007 photo of Krafla Power Station in Iceland, which taps geothermal energy to make electricity.

An Associated Press story about the status of New England’s ports (summary: Not so hot, but working hard to be an effective minor league for the big ports) ended with this intriguing success story:

“From Portland (Maine), electric cars are shipped to Iceland, where they are in high demand because plentiful geothermal energy makes them inexpensive to operate.”

Intriguing, but I’m not sure where they get it from. This report six weeks ago from Iceland says that electric cars are as minuscule a part of the total in that country as they are everywhere else, although their numbers are rising from almost-nonexistent.

It’s true that an Icelandic shipping company set up in Portland two years ago, but that seems to be targeted cheaper US-to-Europe shipping for all sorts of stuff. And it’s also true that Iceland is pretty much geothermal-electricity capital of the world; my family visited there a half-dozen years ago. The Krafla Power Station, which taps into geothermal, was just about my favorite part of the visit.