NH study: Education and politics have a messy effect on climate change opinions 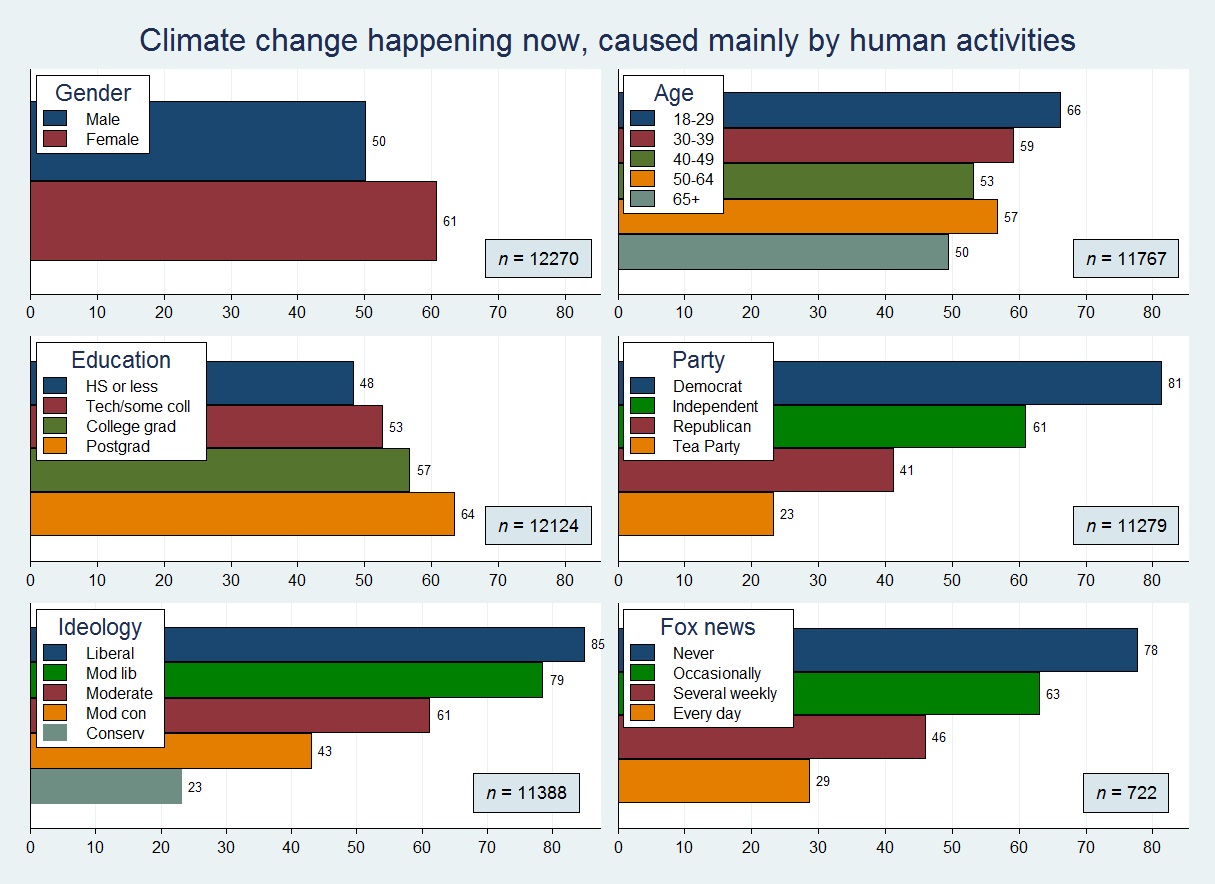 Percentage who agree that climate change is happening now and mainly caused by humans.

A new research paper analyzing 35 surveys from 2010 to 2015 about climate change has found some obvious correlations with political beliefs (liberals are much more likely to agree that it’s a human-caused problem* than are conservatives) and education (the more schooling you’ve had, the more you agree it’s a human-caused problem). But it also finds a big complication, because well-educated people are better at finding information that supports and reinforces their previously held beliefs.

Lawrence Hamilton, a senior fellow at the Carsey School of Public Policy at UNH and senior author of the paper, describes the complication this way in this blog post:

After politics, education is the second-strongest predictor of views on climate. But politics can neutralize or even reverse the effects of education. College-educated respondents more actively assimilate information in accord with their prejudices, whether these prejudices incline them toward scientific or ideological sources.

This isn’t a phenomenon unique to conservatives or the climate change debate. The anti-vaccine community shows a similar effect but skewed to liberals: The more educated a  liberal is, the more likely he/she/it is to disagree with the scientific consensus that vaccines are safe and effective.

This is kind of depressing – no, what am I saying? It’s wicked depressing. Education is supposed to be an all-powerful tool to defeat human foibles and weaknesses, but in some cases it can actually exaggerate those foibles. Ugh.

*which it is, of course