Celebrating our astronaut, Alan Shepard, and his … boat? 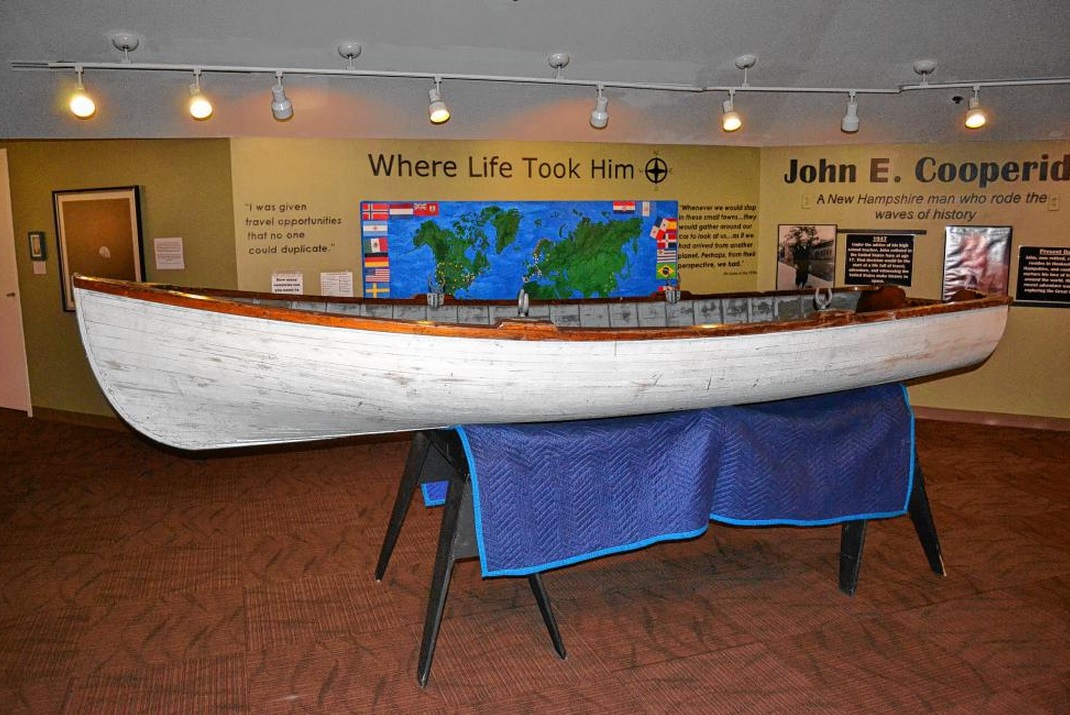 Alan Shepard might have been the first American in space (not in orbit – he rode a sub-orbital Mercury-Redstone 3 flight on May 5, 1961) and was one of just 12 people who have walked on the moon, but because he’s a New Hampshire boy, growing up in East Derry, we want to know more. Like, did he build a boat?

Yes he did, and you can see it at the McAuliffe-Shepard Discovery Center right now, as the Monitor reports today.

Visitors to the Discovery Center can get an up-close look at the one-of-a-kind piece of history that dates back over three-quarters of a century. It is currently housed in the former gift shop area with pictures of Shepard during his two space flights and one of his famous golf shot on the moon.

Golf shot – how passe. I suspect if a Pinkerton Academy graduate went to the moon today, we’d see the first lunar lacrosse game.