A floating upside-down cup, 80 feet across 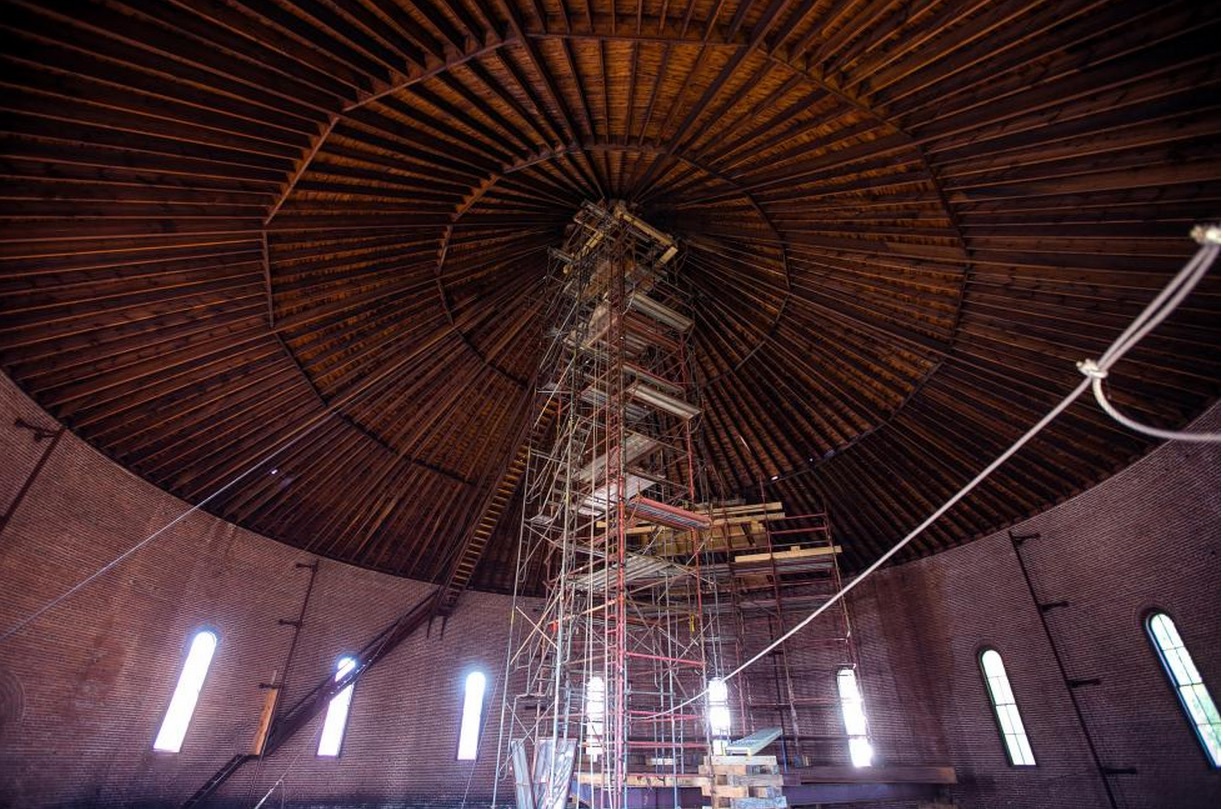 The scaffolding inside the Concord Gas Holder, built to patch a hole in the conical roof, is something to behold. (Concord Monitor/Geoff Forester)

In the days before natural gas was piped into communities, gas lighting and heating used “manufactured gas” – made by burning and processing coal, and sometimes oil. Most communities had their own Manufactured Gas Plant, because it wasn’t easily transported in the days before sealed long-distance pipelines and trucks.

So how did they store the gas? By bubbling it through water and putting it underneath a floating upside-down cup – a cup that, in the case of the gas-holder site in Concord, was a riveted-steel structure 80 feet in diameter, which floated up and down by as much as 24 feet, rising up to cover the windows shown in the photo above. It’s a very cool technology called a gas holder; I discuss in in a Concord Monitor story today in this sidebar.

Many Manufactured-Gas Plant sites are very polluted from process residue, notably coal tar, which is why the EPA is involved. Concord’s MGP site is special, perhaps unique in the country, because the round brick house that covered the gas holder is still intact, although in crummy shape. It’s a gorgeous, interesting building, as Geoff Forester’s photos show (one of them is above) – it’s clear whether anybody wants to spend the money to save it, but I hope they do. Here’s the main story about the building.