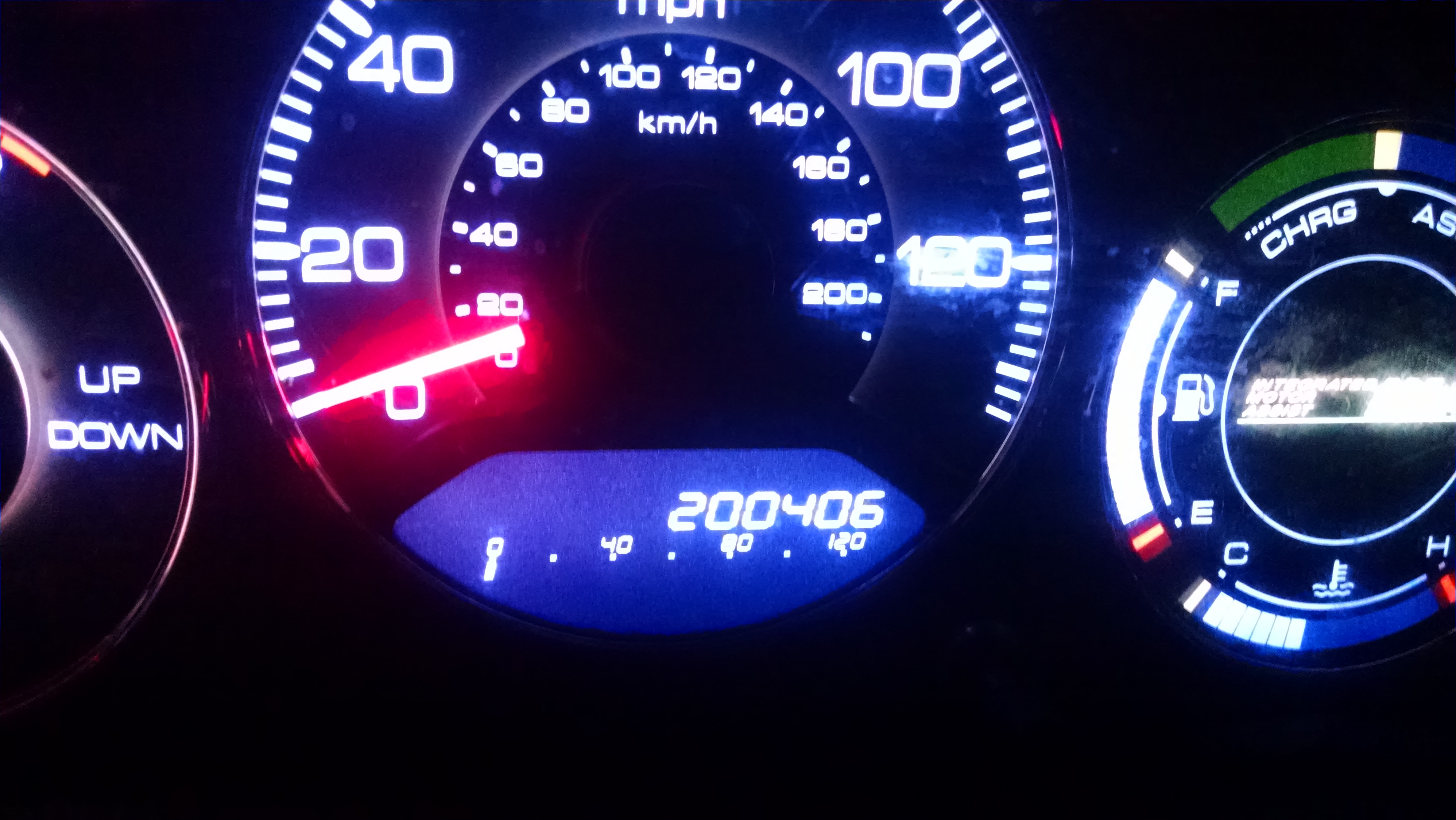 Until this week, I have never owned a car with 200,000 miles on the odometer despite our family policy of driving cars into the ground. We have owned lots of Subarus, which tend to rust out somewhere around 175,000, so  congratulations to Honda for making a Civic that resists salty New England roads pretty well.

When I was a kid,  cars rarely made it to 100,000 miles without rusting out or otherwise dying – people would celebrate the odometer hitting six figures; I remember a friend who had a framed photo in his living room showing his odometer turning over. Now 100,000 miles is barely middle aged, and a coworker has a Volvo pushing 250,000. Cars are much, much better than they used to be.

There’s a downside to my accomplishment: It’s a reflection of the fact that I drive a lot, mostly due to work. The Civic is only 13 years old, which means it has racked up more than 15,000 miles a year. (We bought it used with, if I recall, about 75,000 miles on it.) Even thought it’s a hybrid that gets around 50 mpg, that car has burned at least 4,000 gallons of gasoline. So shame on me for that.

The vehicle that does least harm to the planet is the one sitting in the garage, even if it’s a  Hummer.