Why do headlights look like light sabers in this drone photo? 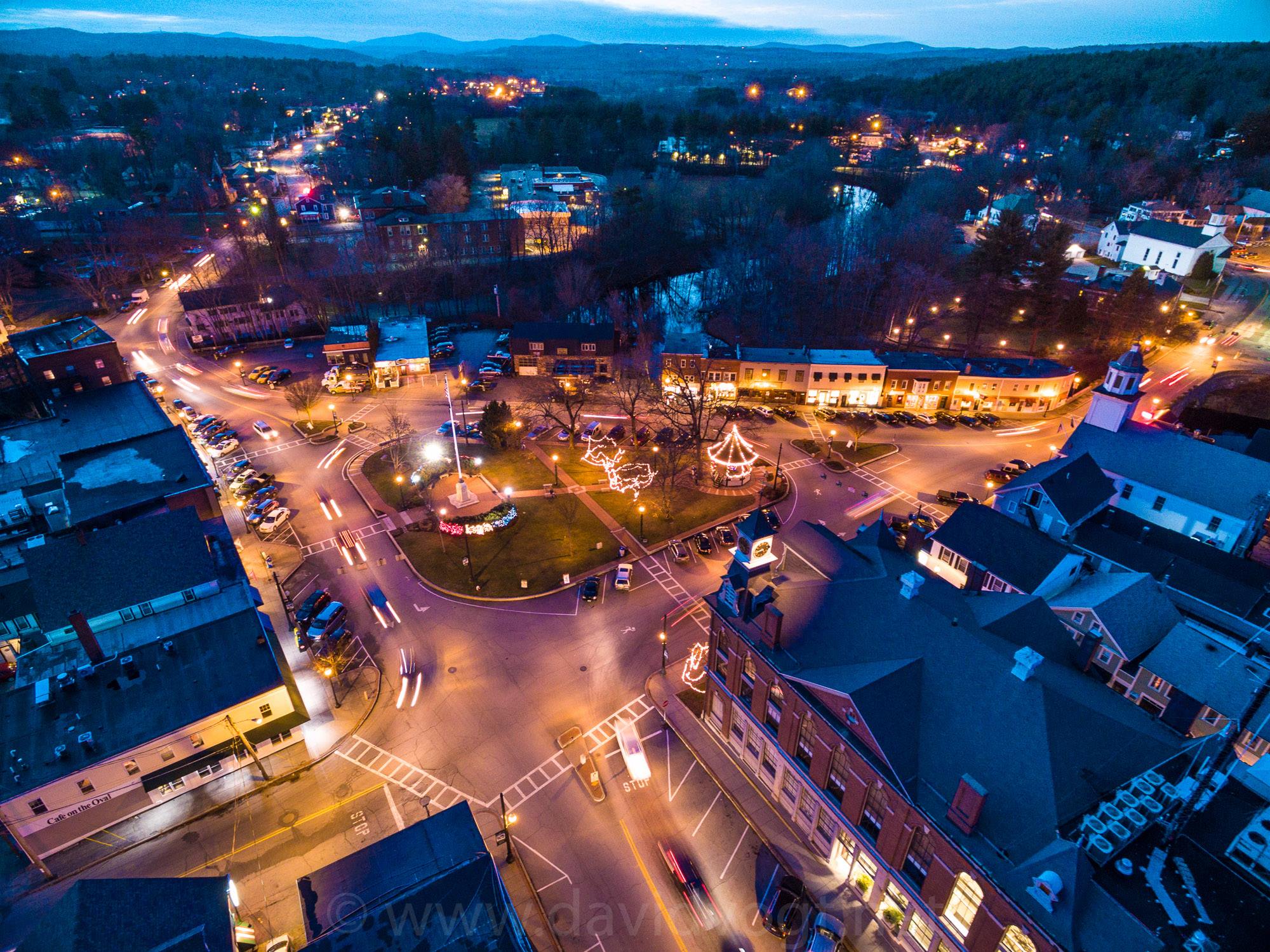 Photo by David Vogt: The Milford Oval at night from a drone, complete with weird light-saber headlights.

David Vogt, a professional photographer, took the above gorgeous photo of the Milford Oval, my favorite town center in New Hampshire*, with a drone. It’s a fabulous shot; I love it … but I’m  puzzled.

Look at the four cars in the left hand side of the picture. They are driving towards the drone (the Oval is one-way, counter-clockwise seen from above), yet look at their headlights. The streak of light caused by the camera shutter being open extends *in front of* the body of the car, not behind it as you would expect if the car is moving toward you! As a reader said when he sent me the picture, they look like Star Wars light sabers.

Anybody out there have a better explanation?

*One reason it’s my favorite: It is in the shape of a triangle, its official name is Union Square, and it’s known as The Oval. A geometer’s delight.