Mass. flying car gets OK for test flights (scale model, that is) 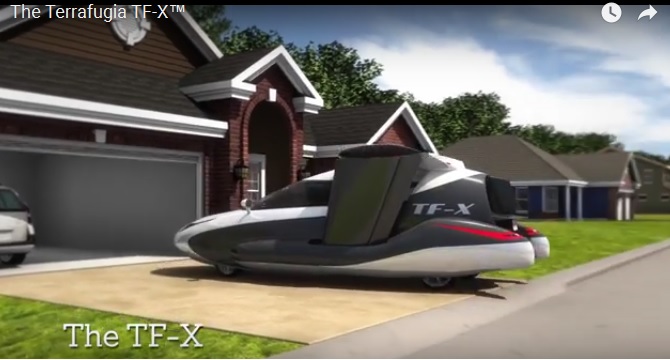 The computer animation of it pulling out of the driveway looks cool, at least.

Terrafugia, the Woburn, Mass. firm that wants to make a flying car (“roadable aircraft” is their preferred term) has gotten FAA approval to test fly a one-tenth-sized model of their next-generation effort.

This is not their original design, now called the Transition, which looks sort of like a weird Cessna with folding wings and extra wheels. This is a cooler-looking, but much less developed, model called TF-X that would have VTOL (vertical takeoff and landing)  ability with ducted fan engines and yet be street legal for driving, and able to land itself autonomously. It’s at least eight years away, and judging from how long the Transition is taking (I’ve been writing about it for at least six years, and it’s still not developed) I wouldn’t count on that timeline.