Humanity is doomed: A.I. can even beat us at Go 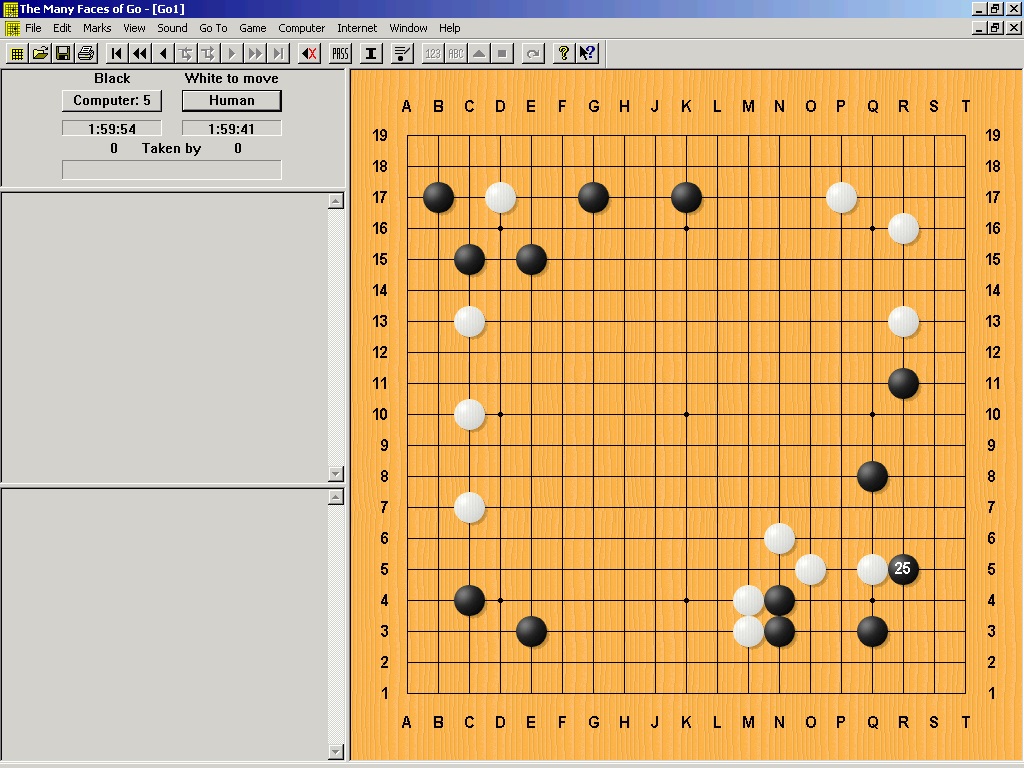 Screenshot of Many Faces of Go.

That statement (“chess is to checkers as Go is to chess”) is a succinct, if arrogant, expression of the belief held by many that the east Asian board game of Go is far deeper than the western board game of chess. (I’m crappy at both but prefer Go because it has as much “if I go there and you go there and I go there, then …” tactical analysis as chess does, but offers more levels of strategic analysis of the entire board.)

To support their opinion, Go fans like pointing out that artificial intelligence beats all human chess players, but isn’t so hot at Go.  Computers are good at it – I lose to Many Faces of Go set at 9 kyu, roughly equivalent to “advanced beginner” – but the best humans are better. It seems the board is so big (19 by 19, compared to 8 by 8) and the number of possible moves and types of situations so vast that it is beyond the grasp of mere silicon and software.

Until now, as reported by The Guardian and many other places:

(Google’s) DeepMind’s software, AlphaGo, successfully beat the three-time European Go champion Fan Hui 5–0 in a series of games at the company’s headquarters in King’s Cross last October. Dr Tanguy Chouard, a senior editor at Nature who attended the matches as part of the review process, described the victory as “really chilling to watch”.

Next thing I expect to hear is that Boston Dynamics’ robot Spot is the world champion at Twister.