Solar is no longer trivial in New England’s power grid 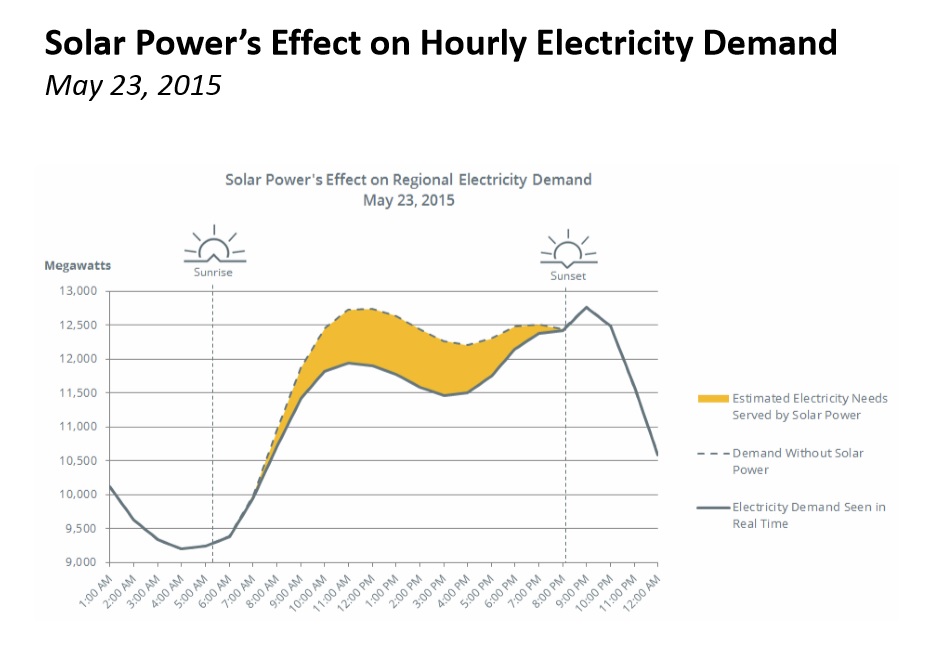 ISO-New England, the folks who run the power grid for the six-state region, issued a report yesterday  about the state of the system. It emphasized the growing importance of natural gas, and noted that in winter, coal and oil are making something of a rebound as power-generating fuels because lots of natural gas is used for heating.

But the above chart really got my attention: Solar power is no longer an ignore-able fringe of electricity production. In summer, it can be a major source of our power. (There is something called the duck curve, which depicts the effect of solar on power production – this one looks to me more like the Glorious Flatworm curve.)

This is good and bad. Good for fighting pollution and for the hopes of a distributed grid, bad because it imposes costs on a system that wasn’t built to cope with power generation fluctuating so much during the day.