We won’t see a total eclipse for another decade 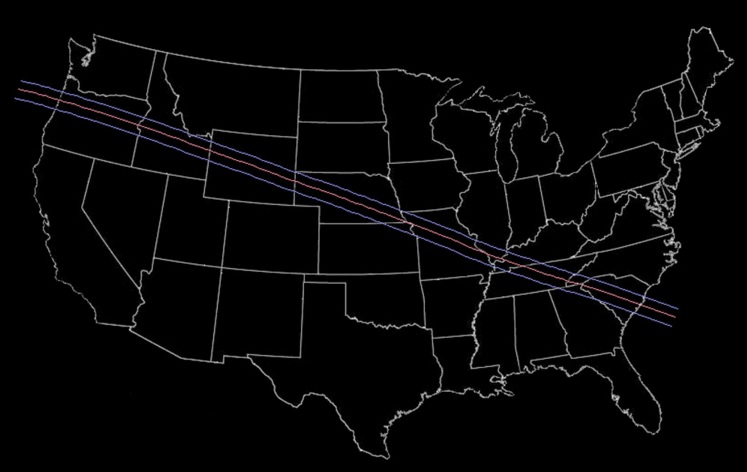 Years ago I was in Tennessee when a total solar eclipse happened. It was a fascinating and yet unsettling thing to observe. You can understand how pre-technical societies freaked out over eclipses, a fact that Christopher Columbus famously used to his advantage with a lunar eclipse (a solar eclipse would have been even more effective).

A total solar eclipse is going to happen over the western Pacific this week – and because of its path across the international date line, it will start on March 9 and end on March 8! – but that doesn’t do us much good.

The U.S. will see a solar eclipse in August 2017 but as the above map shows, it won’t be visible from anywhere in the northeast. We won’t see one until a decade from now – April 8, 2024.