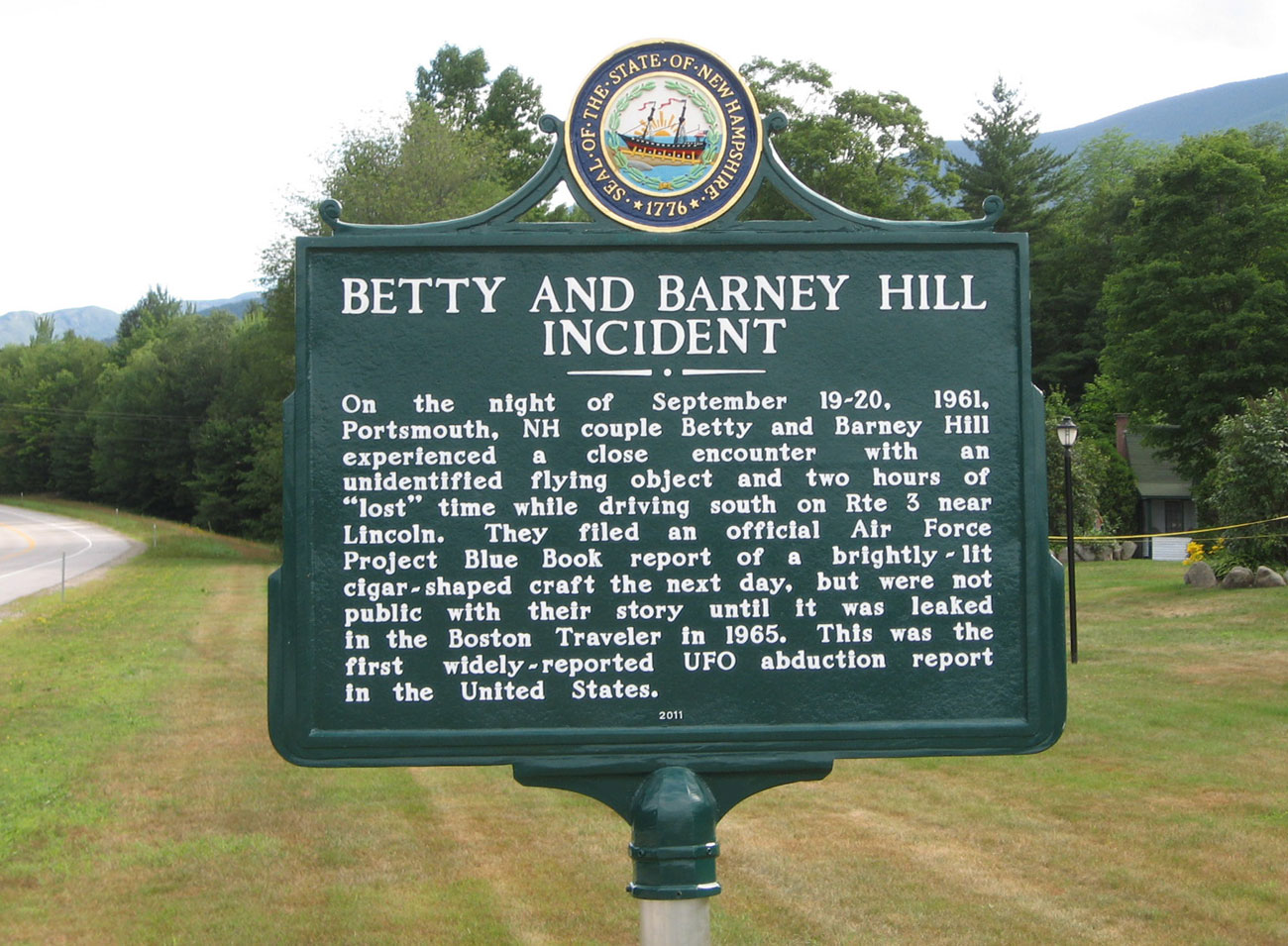 The second-greatest historical marker in the US (after the one celebrated the creation of BASIC at Dartmouth, of course)

A direct-to-download documentary called “Strange Septembers” is coming soon, examining New Hampshire’s two claims to UFO fame: The first-ever reported alien abduction in 1961 if Betty and Barney Hill of Portsmouth, and a reported UFO sighting in 1965 near Exeter.

The Exeter incident is more significant in UFO lore because it was described in a best-seller called “Incident at Exeter.” It remains an oft-cited example by people who think unexplained lights in the sky are aliens.

But the Hill’s tale is more interesting. UNH even has the couple’s papers at the Durham library, for examination by scholars of this odd corner of popular culture. And, of course, it produced what is probably the country’s only state historical marker devoted to UFOs … unless Nevada has one for Area 51.

The documentary seems to take all this as fact, so it’s far less interesting than it might be. You can buy it as of April 1: Details are here.