Efficiency, not sunshine, is why New England has great rooftop-solar potential 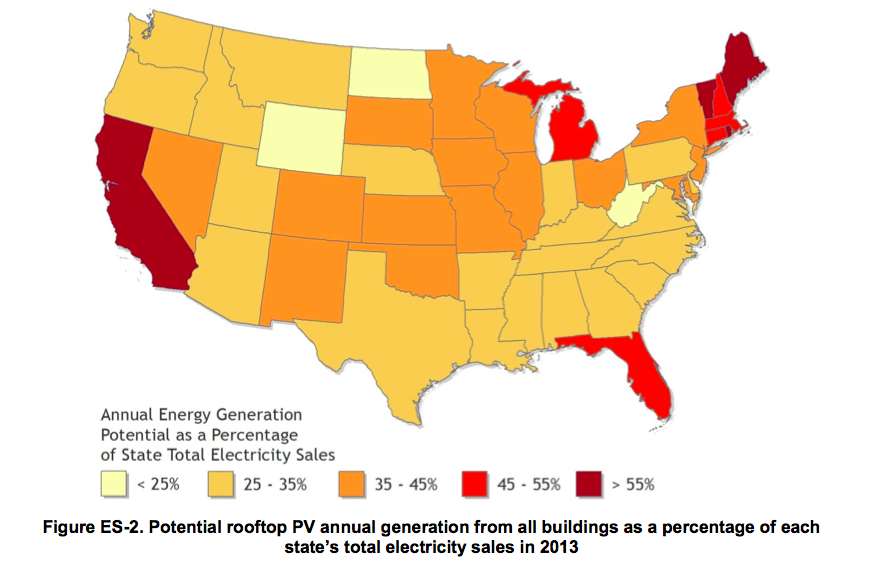 That’s not because of our abundant sunshine – it’s because we have “significantly below-average household consumption, suggesting the role an energy-efficient residential sector could play in achieving a high penetration of energy from rooftop PV. The worst performing state – Wyoming – has the highest average households electricity consumption, at more than 30kWh a day.”

I spotted this at the RenewEconomy site (which is based in Australia, of all places), thanks to a mention by Sam Evans-Brown of NHPR.