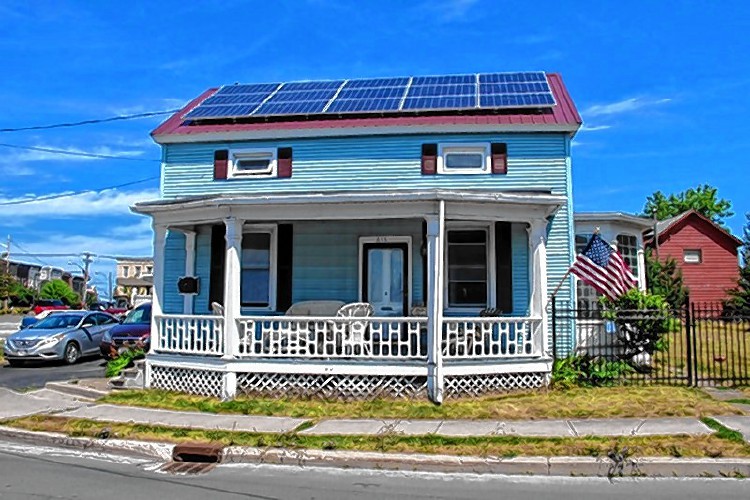 In New England, there is so much “behind-the-meter” solar power that the maximum output is equivalent to Seabrook Station nuclear power plant – except when we really need it, that is. At that point, two thirds goes away.

This is the exciting-yet-sobering conclusion about solar power I got from the annual summer forecast produced by ISO-New England, which oversees the six-state power grid. (Here’s my story; the solar component is about two-thirds of the way down.)

ISO’s forecast report says that we have more than enough power production from all sources to handle even a long heat wave – hooray! – partly because we’ve done a good job cutting power usage with efficiency and demand response programs – double hooray! – and that there are enough rooftop solar panels around the region to produce 1,300 MW, slightly above Seabrook’s maximum – hooray again!

But here’s the rub: ISO only counts one third of that solar output – 423 MW – when considering what’s available to meet peak load, those moments during a summer heat wave when maximum air conditioning usage piles on top of everything else and we come closest to brownouts.

How come they count so little of it? Because, I was told, absolute peak grid loads happen between 3 and 5 p.m. on those hot days, while daily solar production peaks around 1 p.m. By 3 p.m., electricity output from rooftop solar panels is already on the downswing as the sun moves away from ideal orientation and starts slipping behind trees and buildings; if we count on having peak solar when we have peak need, we might be caught short.

This is the complication of solar power and why many utility folks regard it as a two-edged sword, at best. You can’t turn solar up when you really need it, the way you can dial up a gas turbine. (Flexibility is one of the great strengths of gas-fired power plants, above their relatively low construction and operation costs.)

There would be huge benefits to doing this in terms of avoided costs from pollution and climate change, but those benefits are distributed, spread out over time and hard to measure – whereas the costs will be immediate, focused and easy to measure, as in “What do you mean I can’t run my factory at full blast tonight because there isn’t enough electricity?!?”

So hearing pushback against solar power doesn’t necessarily mean you’re hearing from a pawn of Big Oil; it might be from somebody who realizes that there’s going to be a lot of pain involved.