Survey says N.H. has more than 100 bee species – 17 of them previously unrecorded 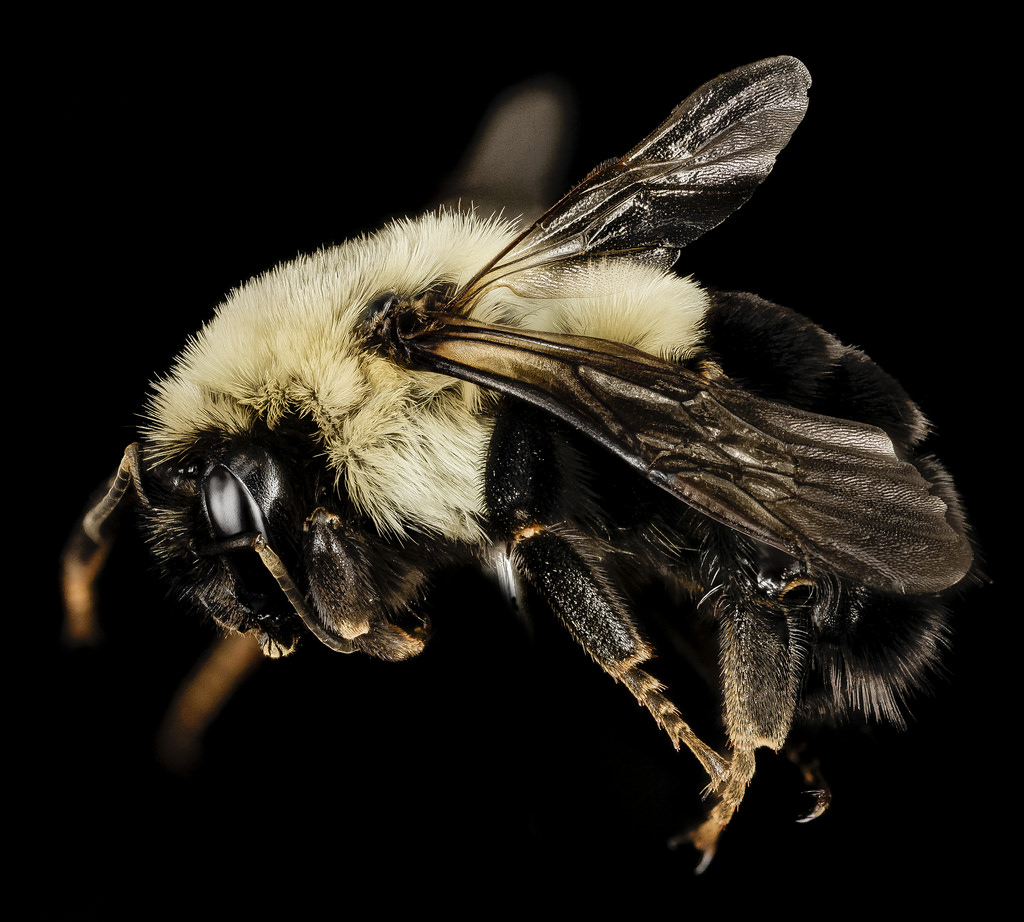 Researchers with the NH Agricultural Experiment Station have completed the first assessment of the state’s native bee population, providing wildlife experts with the first comprehensive list of the Granite State’s more than 100 native bees that includes nearly 20 bee species that had not been previously documented in the state.

Sandra Rehan, assistant professor of biological sciences at the University of New Hampshire, and Erika Tucker, USDA research fellow, have identified a broad diversity of species of wild bees in the state, including 17 bee species newly recorded in the state. The research is part of the experiment station-funded research project “Sustainable Solutions to Problems Affecting Bee Health.”

While most bees collected in high abundance were sweat bees, the most abundant species was the common Eastern bumble bee. The common Eastern bumble bee is a significant pollinator of many greenhouse crops and often is used as a managed bee to help pollinate crops. Historically, it has been a common species, and since the new millennium, this species has become even more widespread, doubling and sometimes even tripling in abundance across North American bee surveys. Sweat bees are common locally on many crops and flowering plant species, including apple, milkweed, coneflowers and clover. Sweat bees are found worldwide; approximately 70 species live in New Hampshire.

“These two bees, the sweat bee and common Eastern bumble bee, should be considered keystone species in New Hampshire. While neither species visits the entire floral suite sampled in this study, the loss of one or both species could cause serious changes to the New Hampshire ecosystem,” Rehan said.

Researchers found that white clover attracted the largest abundance of bees, and red clover supported the highest diversity of bees. “We found flower diversity is important for supporting the bee community throughout the season. These data suggest that increasing the diversity of early season blooming flowers may have a positive impact on the native bee community and possibly strengthen stability of plant-pollinator network interactions early in the season,” Rehan said.

Rehan and her lab are developing a database of 150 years of museum bee records to better understand the former ranges and population numbers for the more than 100 species identified. This will help determine the status of bees in terms of common species stability, the disappearance of rare and endangered species, and the introduction of new species.

“The aim of our research is to restore and rejuvenate healthy plant pollinator habitats to increase local pollinator populations. By educating New Hampshire municipalities, farmers, and policy makers about native pollinators and habitat preferences, we can encourage the regional and national authorities to create and maintain native bee habitats. Bee boxes, wild flowers, and unmowed pastures are but a few ways to improve healthy pollinator communities,” Rehan said.

Bees are important pollinators of food crops and natural ecosystems. The value of pollination toagriculture is estimated at more than $200 billion a year worldwide. The abundance of and diversity of pollinators are declining in many agricultural landscapes across the United States. Given this importance, widespread declines in pollinator diversity have led to concern about a global pollinator crisis. The National Research Council has called for regional, national, and international monitoring programs to allow tracking the status and trends of pollinators.

“These data, in combination with our ongoing collections and ecological modeling efforts, will provide unprecedented insights into the status and sustainability of bees in the region. The ecological assessment of bees in New Hampshire will reach year three this summer. With thesecombined data, we can determine environmental factors that impact the presence, absence, and abundance of bee species across many landscapes in the state,” Rehan said.

“Conserving and maintaining a diverse assemblage of wild bees is essential for a healthy and functioning ecosystem, as species are uniquely evolved to deliver specific plant-pollination requirements. Understanding the biology and ecology of bees in poorly studied regions is the first step towards conservation,” she said.

This research is presented in the article “Wild Bee Pollination Networks in Northern New England” in the Journal of Insect Conservation. More information on the native bees of New Hampshire can be found on the bee lab’s educational website. This material is based upon work supported by the NH Agricultural Experiment Station, through joint funding of the National Institute of Food and Agriculture, U.S. Department of Agriculture, under award number 1004515, and the state of New Hampshire.