Even after 10 years of practice, making a hybrid roadster is complicated 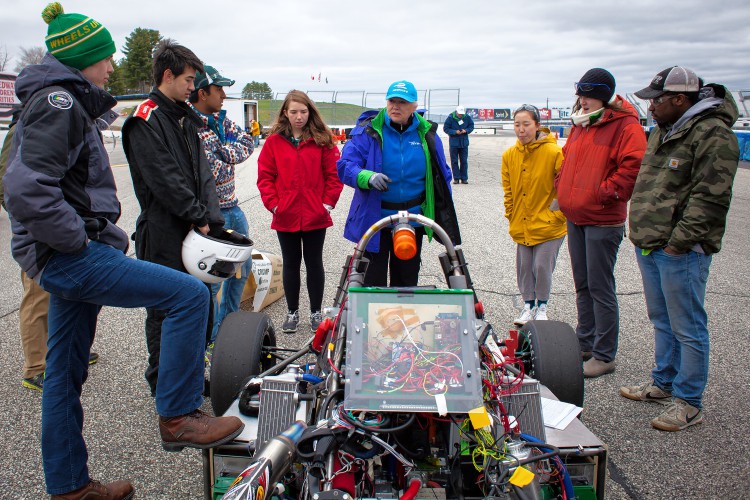 I have a (slightly belated – it kept getting bumped by breaking news) story in the Monitor today about last week’s 10th annual Formula Hybrid engineering contest at New Hampshire International Speedway, which starts thusly:

Electric cars may be the future of transportation, but when you’re training engineers, they have a drawback compared with gasoline-electric hybrids: they’re kind of boring.

“Are you going to run in series? Parallel? How are they paralleled? Are you using chains? A jackshaft? Decisions about clutches, wheel motors – there’s an amazing assortment of stuff,” said Fraser, a senior research engineer at Dartmouth College’s Thayer School of Engineering, which created the Formula Hybrid contest in 2006. “No two cars are even remotely similar.”

You don’t have to tell the home team that it’s complicated. The car from the Thayer School never made it onto the track for the final endurance test after problems forced the team to face the engineering nightmare of a complete teardown and rebuild under extreme time pressure.

To read more, just click here. There’s a video to see, too.