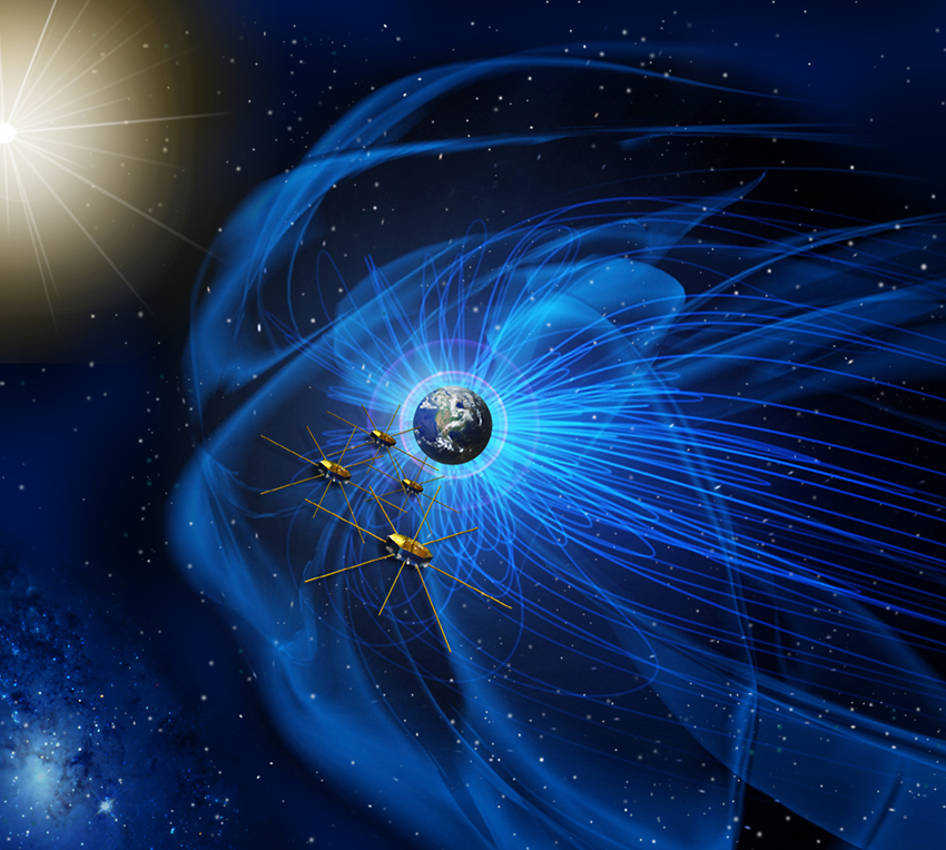 A NASA rocket carrying instruments developed by scientists, engineers, and students from the University of New Hampshire’s Space Science Center has obtained the first-ever data of traveling through an elusive magnetic reconnection event. The mission, which has been compared to sending sensors up into a hurricane, has provided never before seen views of what powers giant explosions like solar flares and other space weather.

On October 16, 2015, UNH was part of NASA’s Magnetospheric Multiscale (MMS) mission when it made history by flying through a magnetic reconnection event between the Earth and the sun. The four MMS spacecrafts launched from a single rocket were only inside the event for a few seconds, but the instruments which UNH researchers helped to develop were able to gather data on the plasmas and fields involved at an unprecedented speed of one hundred times faster than ever before. As a result, for the first time, scientists could track the way the magnetic fields changed, new electric fields presented, as well as the speeds and direction of the various charged particles.

“The MMS mission was designed from the very beginning to provide an answer to the riddle of magnetic reconnection,” said Roy Torbert of the Space Science Center (SSC) at UNH and co-author of the corresponding paper released online in the journal Science. “We were confident that we would be able to get some important data from the mission but to do it as quickly and accurately as we did was just amazing.” 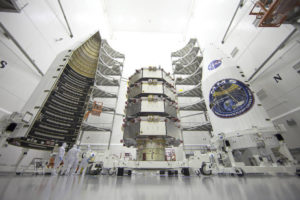 The findings are significant because magnetic reconnection is one of the most important drivers of space weather events, like solar flares, coronal mass ejections and geomagnetic storms, and can effect modern technological systems like communications satellites, GPS navigation and electrical power grids. Scientists want to understand how the magnetic explosions work to help predict when they might occur and better protect the technologies modern society relies upon.

One of the mysteries of magnetic reconnection is the process of changing the configuration of magnetic field lines and the conversion of energy that may find its way to Earth. In some cases, the process is explosive and in others it is steady. The data collected gave the researchers a clearer view of the reconnection energy release and the role played by electrons in this release. It showed that they move rather uniformly at hundreds of miles per second along the magnetic boundaries in such a way that, when the electrons cross the magnetic boundary of Earth, the “magnetopause,” they are deflected and create electric fields. These electric fields drive the electrons along new magnetic field lines to produce a flash conversion of magnetic energy. These observations coincide with computer simulations that have shown a striking feature in the electron distributions, called a “crescent,” named for the characteristic crescent shapes that the electron population graphs show to represent how all the electrons are moving as they are accelerated in a reconnection event.

“The long-standing, world-class expertise of the UNH Space Science Center in space instrumentation was critical to forming our excellent international team on MMS, which contributed directly to the findings of this exciting mission thus far,” said Torbert, lead scientist for the UNH effort and deputy principal investigator for the MMS mission itself. “This data is so revolutionary that it has the potential over the next 50 years to provide new findings to unlock a wide array of mysteries in space physics.”

NASA’s $1.1-billion Magnetospheric Multiscale (MMS) mission was launched on March 12, 2015, from Cape Canaveral Air Force Station, Florida, carrying a quartet of identical satellites. As part of an international team from 12 institutes, UNH researchers spent over seven years of scientific effort to construct and/or coordinate nearly half of the key instruments that populate each of the four satellites.

For nearly a decade, UNH team members built two Electron Drift Instruments for each of the four spacecraft and the central electronic controls for all the instruments being built to measure the spectrum of electromagnetic fields around the spacecraft. The team also took over the construction of a complex, mission-critical instrument late in the game—the Spin-plane Double Probe—designed to slowly pay out 60 meters (192 feet) of spaghetti-like, high-tech cable, at the end of which is an orange-sized metallic sphere that measures electric potential in the vacuum of space. The complete “FIELDS” instrument suite is comprised of six sensors per spacecraft. Including sensors and associated electronics, the international FIELDS team, which was coordinated at UNH, contributed 64 of the total 120 instruments for the mission, with UNH building a total of 28.