UNH: Memory of winter is affected by beliefs about climate change 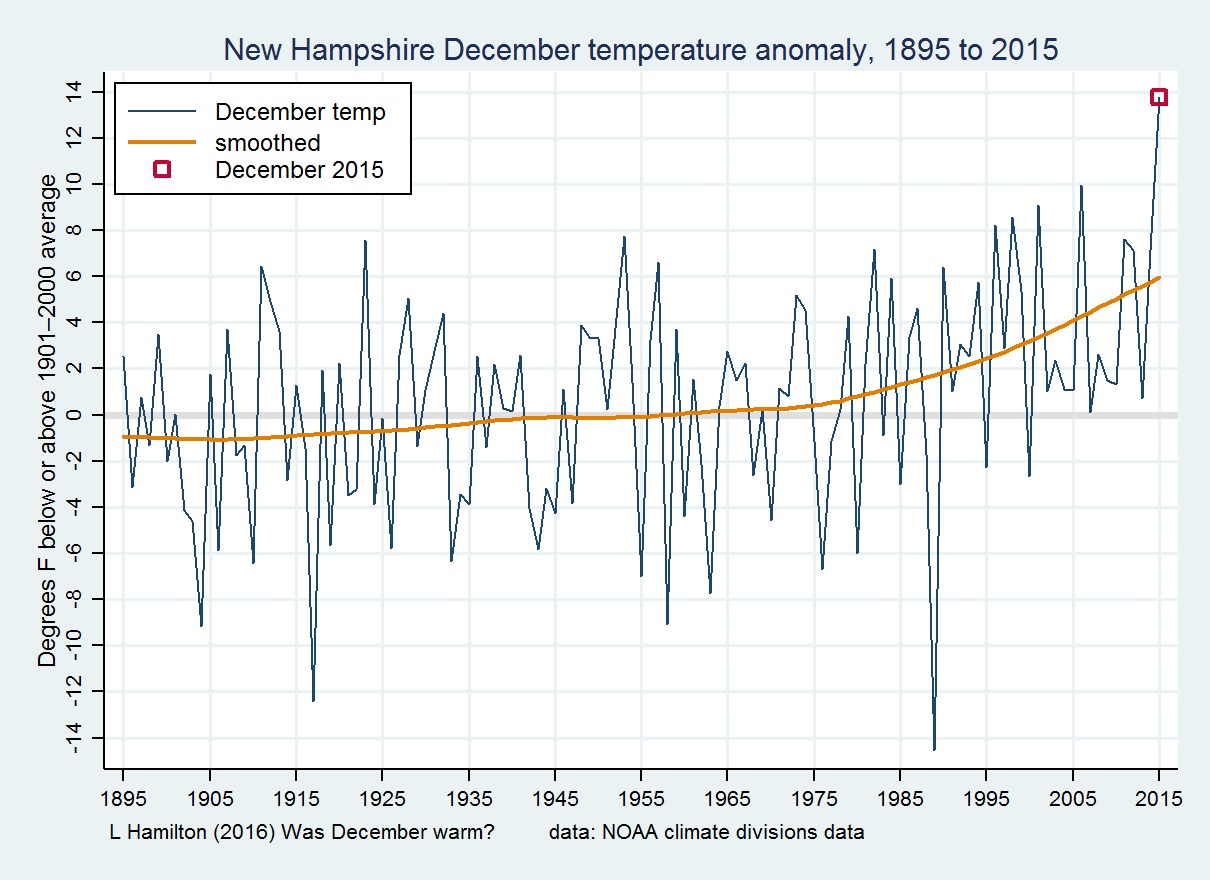 New Hampshire residents who do not believe that human activities are changing the climate, and also those who identify as political independents or Tea Party supporters, were less likely to recall that the record-breaking month of December 2015, or the winter of 2015-16, had been warmer than average, according to new survey research on environmental perceptions from the Carsey School of Public Policy at the University of New Hampshire.

In fact, both December 2015 and the 2015-16 cold season (December-March) were the warmest for that month or season in Granite State historical records dating back to 1895. Just two months after the exceptional December only 63 percent of residents polled remembered it was warmer than average. In April 2016 73 percent of residents remembered the winter had been warmer than average.

According to the researchers, New Hampshire residents who think that climate change is a result of human activities were most likely to recall that the previous December had been warmer than average.

“These results suggest that, even for such immediate phenomena as recent local weather, climate change beliefs exert some influence on perceptions,” the researchers found.

The research was conducted by Lawrence Hamilton, professor of sociology and a senior fellow at the Carsey School, and Mary Lemcke-Stampone, New Hampshire state climatologist and associate professor of geography.

“Although research has convinced most active scientists that humans are changing Earth’s climate, many politicians and a large faction of the public reject this conclusion,” the researchers said. “Over the seven years that we have been asking such questions in New Hampshire, public agreement that human-caused climate changed is real has risen gradually, from the low 50s in 2010 to about 65 percent in April 2016.”

Direct link to the brief: https://carsey.unh.edu/publication/december-warm. The data used in this research was provided by the Granite State Poll, conducted by the UNH Survey Center. Research on environmental perceptions has been supported the National Science Foundation through the NH EPSCoR program and by the Carsey School and the Sustainability Institute at UNH.