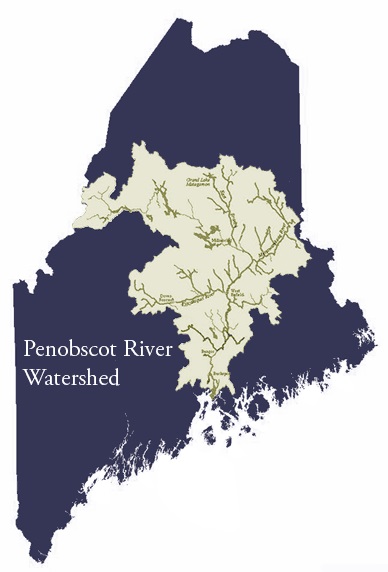 Two big dam removals and a big river bypass around a third have made the Penobscot River in Maine accessible to salmon, alewife, shad, eels and other saltwater-to-freshwater fish for the first time in a century or more. (This one a major reason why the anadromous fish restoration is doing better in Maine than in New Hampshire.) As the Bangor Daily News reports:

The latest milestone: The construction of a fish bypass around the Howland Dam. That achievement followed the destruction of dams at Great Works in Bradley (2012) and Veazie (2013-14) in an ambitious project that took more than 16 years and cost $60 million to complete, and which has opened access to more than 1,000 miles of river, stream and lake habitat to fish that migrate between salt and fresh water.