Vermont’s GMO-labeling law goes into effect Friday (I, personally, am GMO-free, depending on how you define it) 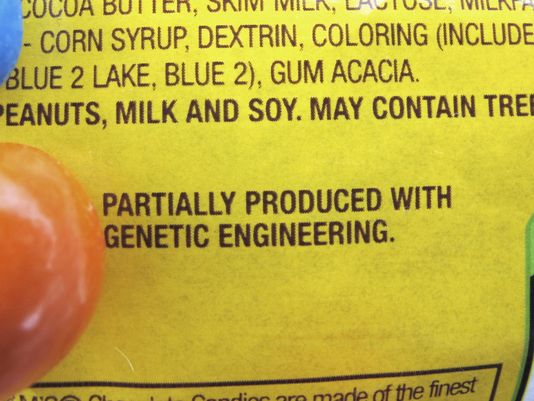 Vermont’s unique GMO-labeling law goes into effect Friday, and a lot of retailers are puzzled, reports the Burlington Free-Press. But maybe they’ll get healthier: Coke may be pulling some products from Green Mountain State shelves while it figures things out. (New Hampshire considered a GMO-labeling law this year but the Legislature tabled it.)

Meanwhile, 107 Nobel laureates have signed a letter asking Greenpeace to stop its anti-GMO efforts, or at least not to use them to block incredibly useful advances like Golden Rice.

UnDark, a new online science journal, has an excellent piece about how GMO opposition is thwarting efforts to create goats whose milk can fight diarrhea. Here’s the piece. A telling moment comes near the very end, when the researcher says she may switch to researching ways to fight irritable bowel syndrome; although that’s much less dangerous it affects the developed world, so it may face less oppoisition.

My personal opinion is that GMOs are neither good nor bad and should be allowed, but with considerable government oversight, and that GMO labeling is kind of stupid, since it implies that all genetic modification is the same, but not worth fighting about.