UNH: Toxin from algae blooms may be hurting loons 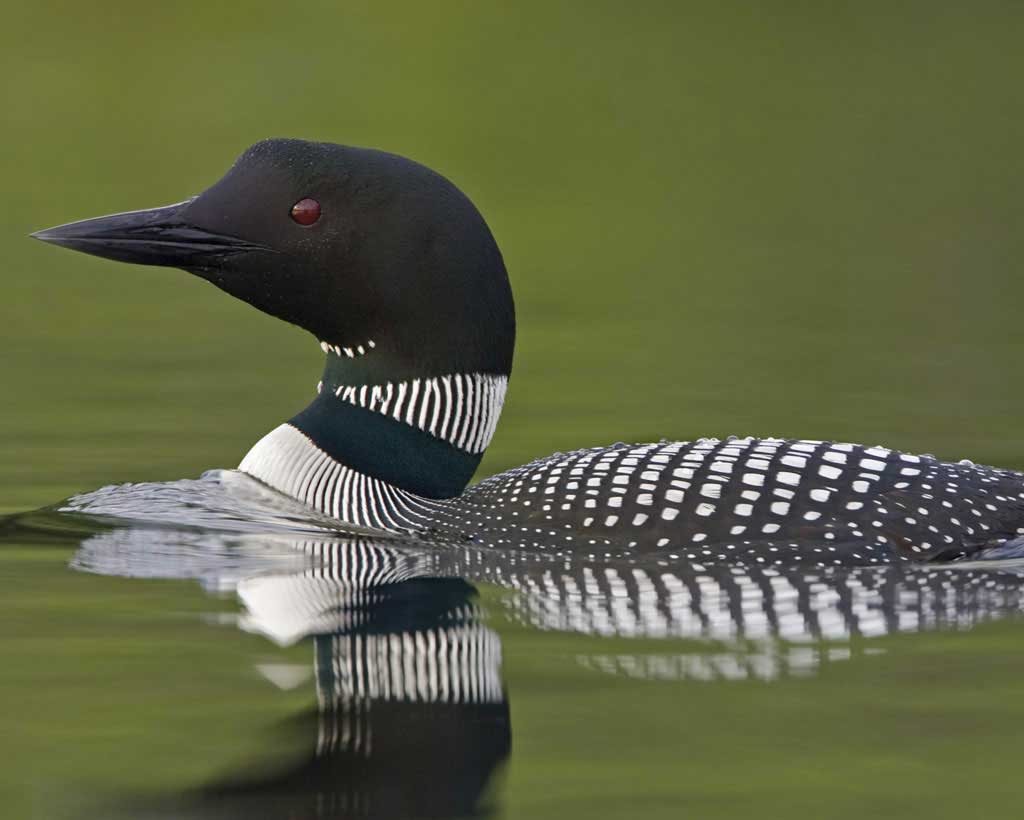 By UNH News Service: A harmful neurotoxin produced by cyanobacteria, or blue-green algae blooms, in New Hampshire’s fresh water lakes, which has been linked to ALS in humans, may be contributing to the decline of the state’s Common Loon population, according to research from the New Hampshire Agricultural Experiment Station at the University of New Hampshire.

NH Agricultural Experiment Station researcher Jim Haney, professor of biological sciences, and his student research team have detected high levels of liver and nerve toxins in New Hampshire loon chicks. Preliminary results indicate the nerve toxin Beta methylamino-L-alanine, or BMAA, is being biomagnified many times as it passes up the food chain, whereas the liver toxin becomes less concentrated or “biodilutes” at the higher food levels.

“We are examining whether this nerve toxin may be contributing to the recent disappearance of the Common Loon from certain New Hampshire lakes. Levels of BMAA, a toxin suspected to be related to human neurological disorders such as ALS, also known as Lou Gehrig’s disease, were highest in the chick feathers. This suggests these birds have been exposed to relatively high concentrations in fish they were fed by their parents,” said Haney, who also directs the UNH Center for Freshwater Biology.

The project is part of a larger study Restore the Call: Loon Conservation started in 2013 by the Biodiversity Research Institute of Portland, Maine, with support from the Ricketts Conservation Foundation. The study focuses on the health of loons in four regions of the United States: Northeast, Midwest, Western Rockies, and the Northwest.

UNH and the Biodiversity Research Institute began collaborating in 2014 to examine the possible role of cyanobacteria toxins as a cause for the decline of loon populations. “We know very little about how these toxins move within the lake and how they move from the lake into people. Because loons are near the top of the lake food chain and depend heavily on fish, loon chicks may represent ‘mine canaries’ of the lakes,” Haney said.

Since these toxins have never been studied in loons, UNH researchers have been developing new techniques to measure the amount of toxins in the blood and feathers of the loon chicks. Further testing of plankton, which produce the toxins, and loons will be conducted this summer in more than 35 fresh water lakes with nesting loon populations. Concentrations of these “cyanotoxins” in loons will be compared with other health parameters collected, such as body weight, and levels of mercury, lead, and blood parasites in the blood.

In addition, researchers plan to gather more water quality data to determine why certain lakes have such high levels of toxic cyanobacteria and the features of the lake food webs, such as the species of plankton and fish present that allow them to biomagnify these toxins so efficiently. They also plan to conduct detailed studies in collaboration with the Loon Preservation Committee of Moultonboro on Granite State lakes to determine if cyanobacteria toxins may be related to the loss of loon populations, such as specific nesting sites at Squam Lakes in Holderness.

According to the Cornell Lab of Ornithology, the range of the North American Common Loon has retracted in New England, though loon populations have rebounded in the region thanks to restoration efforts. Common Loons require clear, unpolluted lakes, and may be harmed by pollution. Their diet consists of mostly fish, particularly perch and sunfish. If fish are scarce or water is too murky for fishing, they will catch crustaceans, snails, leeches and even aquatic insect larvae.

This material is based upon work supported by the NH Agricultural Experiment Station, through joint funding of the National Institute of Food and Agriculture, U.S. Department of Agriculture, under award number 227004, and the state of New Hampshire