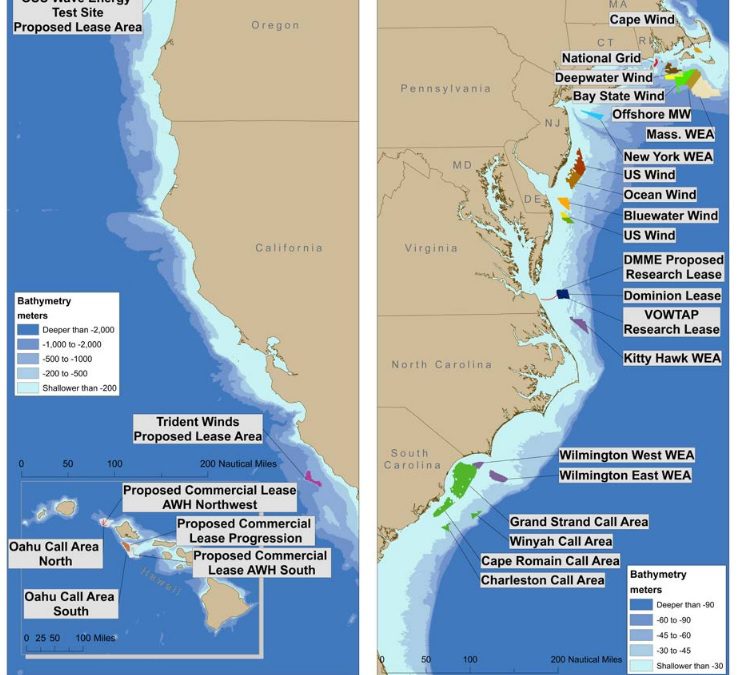 The U.S. is way behind in developing offshore wind. We’ve got lots of good resources in relatively shallow water (especially on the East Coast, where the continental shelf goes out a long way) but financial, power-grid and political problems have stalled things, as those of us who’ve watched Cape Wind fizzle are fully aware.

The federal government is finally getting serious about pushing development with a big National Offshore Wind Strategy report (in PDF form here), but none of the lease areas identified by the Bureau of Ocean Energy Management are north of Cape Cod, as you can see in the map above. I suspect that population and grid-connection issues are the reason Northern New England gets overlooked, for now.

However, there is an interesting R&D project regarding floating offshore-wind turbines at U Maine that got $40 million in federal support.