Will you ride my electric bus? (cue early Who nostalgia) 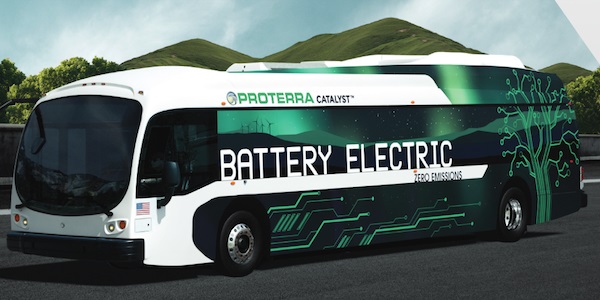 Will you ride my electric bus?

I’ve always been surprised that delivery vehicles and buses haven’t gone the electric-engine route sooner than cars. They’re easier to electrify because they have predictable, usually not terribly long, travel paths, and because they return to the same central location at roughly the same time every day, to be recharged.

On Saturday in Concord, one of the prominent versions of electric bus, the Porterra Catalyst, will be on display in front of the State House as part of National Drive Electric Week.

The event runs from 8:30 a.m. to noon during the Concord Farmer’s Market. Electric cars such as the Chevy Volt, Nissan Leaf, BMW i3, Tesla S will be on display, as well as charging stations, electric bicycles, and more. Free and open to all. Similar events will be held Saturday in Durham and New London, among 217 events nationwide.

And if the headline of this article baffles you, check this YouTube clip.