Cleverest promo of the week: If NH was a storage unit, what countries would fit inside it? 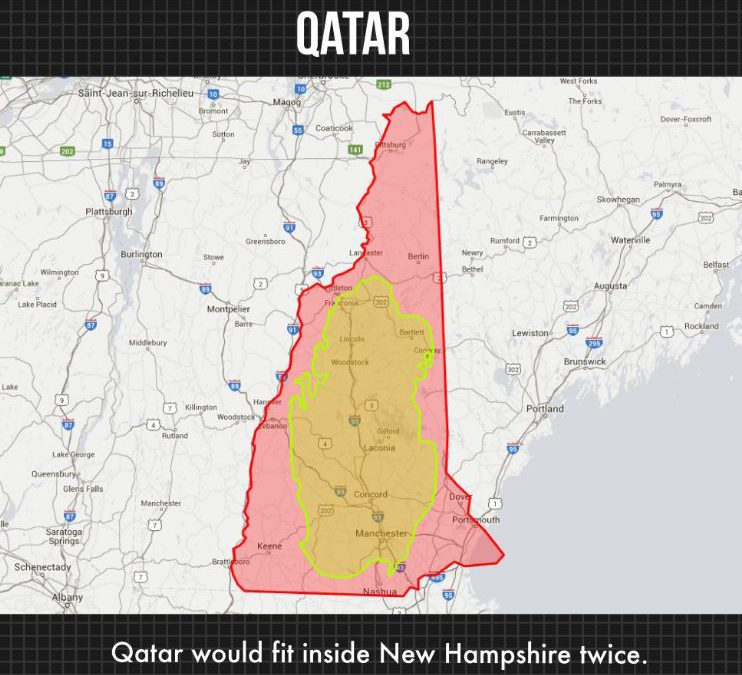 A company called selfstoreage.com is sending out email pitches to get some free publicity, like many, many companies do – but this one is clever enough that they deserve the attention:

If New Hampshire Were a Storage Unit, What Countries Would Fit Inside?

They cheat a bit because they calculate it based on square miles rather the actual ability to fit inside all borders – so, for example, Israel is smaller than New Hampshire in terms of area, but it’s taller from north to south.They list only a couple of countries – Qatar, Jamaica – actually fit inside.

Oddly, they don’t include some really tiny sort-of countries like Vatican City or even some tiny real countries like Singapore and Andorra. But still, it’s very clever.