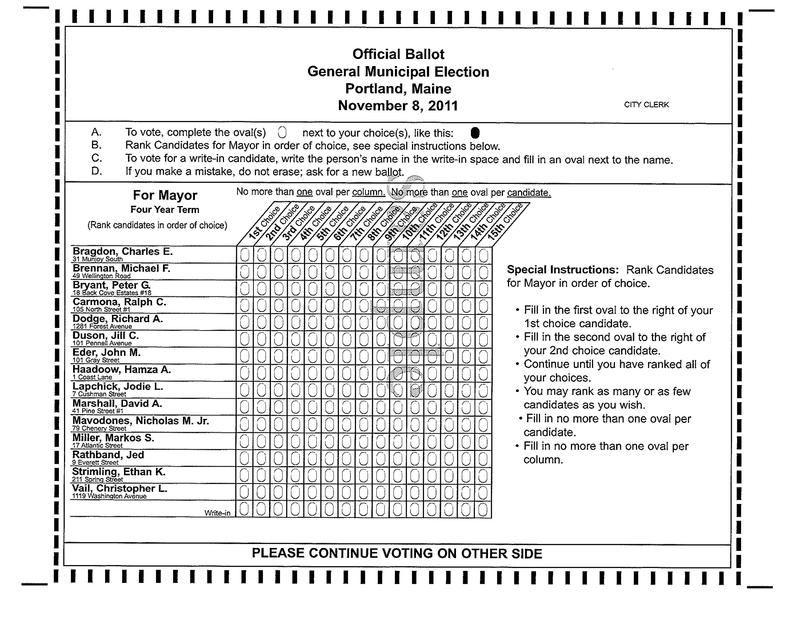 A sample ballot for the Portland, Maine, mayoral election under ranked-choice voting.

Geeks love the idea of changing our voting from “first past the post” to a system that allows voters to rank/choose multiple candidates. It feeds into geeks’ basic belief that there exist algorithms that can change messy human behavior into something logical and Robert-Heinlein-ish.

Maine is giving this a short this year with a ballot initiative that would institute ranked-choice voting (aka instant-runoff voting) for all state and federal elections. I wrote about it in my Monitor column today, giving me a chance to reference Arrow’s theorem and Borda counts and other things I only sort of understand but which sound smart. You should read the column, and then you can sound smart, too!