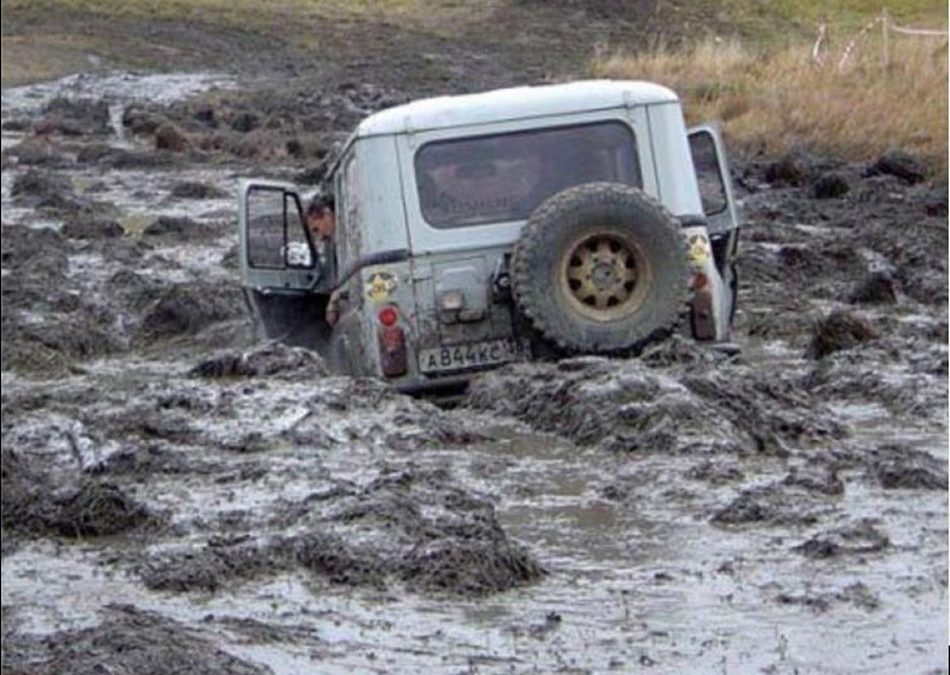 You can tell from the license plate this isn't in New Hampshire (it's in Russia) but maybe we'll be seeing it here.

Scientists refer to the transition from winter to spring, as temperatures rise, ice melts and frost heaves buckle our roads, as the “vernal window”, and a new study shows it’s changing.

New Hampshire researchers investigating how climate change influences the transition from winter to spring looked at the date at which certain events occur that mark the seasonal transition, such as the melting of snow and the emergence of leaves in trees, as well as the lag period between these events. Their findings, published in the November issue of the scientific journal Global Change Biology, show that temperature and the amount of snowfall each year are key drivers to the timing of these events.

“Spring could be as long as a few months or as short as a few weeks depending on where you are,” said Alix Contosta, a research scientist at the University of New Hampshire’s Earth Systems Research Center. “You have snow melting and lots of water moving through aquatic systems, nutrients flushing through the water, soils warming up, and buds breaking on trees. What we were really interested in, for our work, was not just looking at the timing but also how climate affects the lag between each of these events.”

Scientists with NH EPSCoR’s Ecosystems & Society project created a linked network of water and soil sensors and monitored snow and the forest canopy for three years. The research team supplemented this information with climate data and satellite data and with precipitation and stream data collected by more than 100 volunteers across the state.

“Something striking happens after a very cold winter or when there’s been a lot of snow. Things wake up all together, which is why spring can be so dramatic,” said Contosta. In New Hampshire, as in other areas of North America, the amount of spring snow cover has declined significantly in the past 30 years and the rate at which snow melts has accelerated. Warmer winters with less snow result in longer delays between spring events.

“It has been documented in this area that climate change is being felt more in the winter months,” said Mark Green, hydrologist and associate professor at Plymouth State University.

A changing timetable for spring could have potential ecological, social, and economic consequences such as a longer mud season with increased weight restrictions on roads or a shift in the duration of the sugar maple season. “New Hampshire has all these dirt roads that maintain the rural landscape and muddier roads means more upkeep and maintenance, more investment in trying to keep the roads in decent shape,” said Green. “When the ground is frozen that helps, and when the trees are green and firing with photosynthesis they are also using a lot of water and that keeps the roads dry. It’s that in-between period where it’s an issue.”

Agriculture and fisheries are highly dependent on timing and specific springtime climate conditions. Outdoor recreation might change if there are longer periods between ice cover and open water fishing and between snowmobiling and all-terrain vehicle seasons.

The researchers plan to test their conclusions with data from a larger geographic area and over longer periods.