It’s damp up here, but still a drought underground 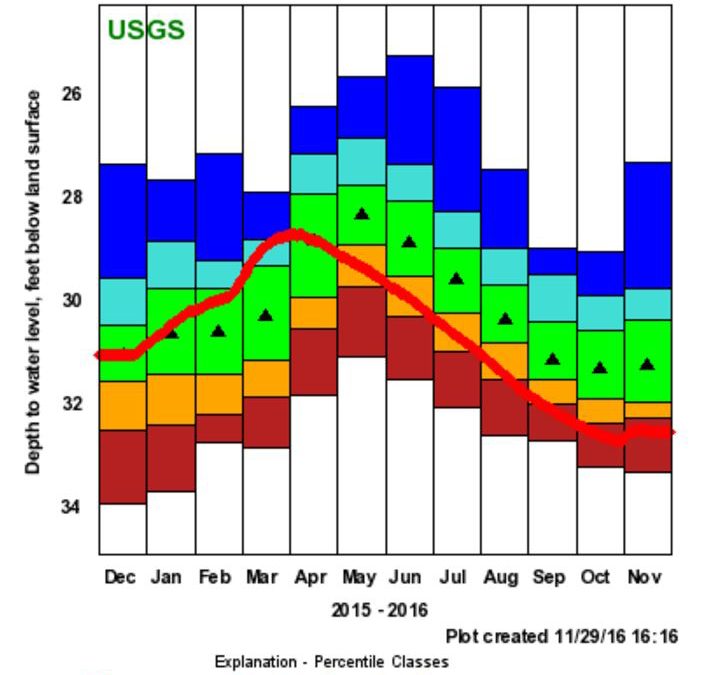 That red line in the "below 10% of long-term average" from a USGS monitoring well in Warner shows that the drought is still with us.

Local media is finally getting back to other stories in the post-election days, and one of those is our drought – which is continuing, despite a relatively rainy month. The Uniobn-Leader and NHPR have had “we’re still in a drought” stories and I’m putting one together, too.

For those of you who are dubious because it’s pretty wet outside, check the above chart showing the water level at a US Geological Survey monitoring well in Warner. Most of the monitoring wells in New Hampshire are also in the “red zone” indicating they are lower than levels that have been seen 10 percent of the time over the lifetime of the well.