NH is “decarbonizing” economic growth, along with lots of other states 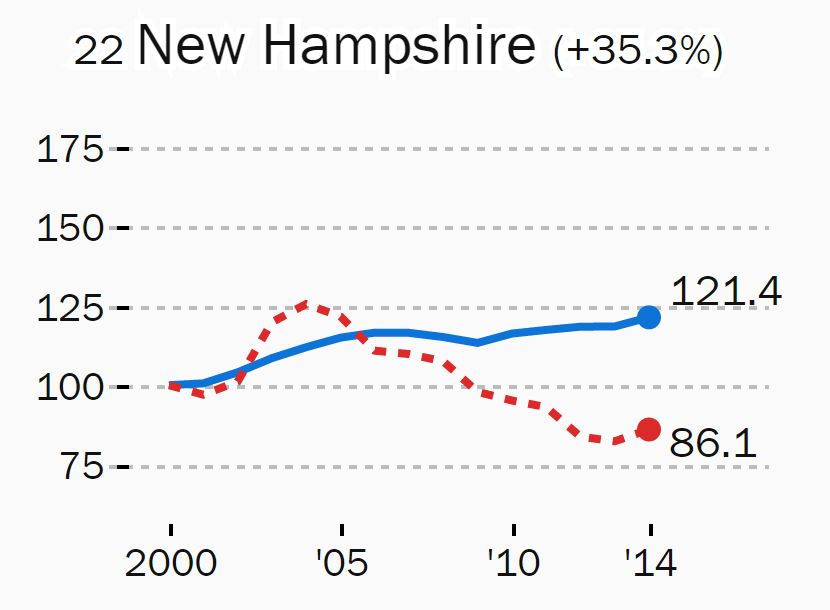 The Brookings compared economic growth (GDP) and carbon emission from electricity for all the states between 2000 and 2014, and found that 33 have “decoupled” emissions from economic growth – including New Hampshire. You can see the NH chart above, with GDP in blue and carbon emissions in red. Collectively, these states dropped power-related emissions by 12 percent and grew their economies by 22 percent over that period.

This is a big deal, because there is a justifiable fear that the only way to avoid destroying the planet via climate change is to destroy the economy – this shows that those aren’t the only two choices.

I’m not sure why New Hampshire’s emissions bumped up in 2004 – maybe that was a busy year for Merrimack Station, the large coal-fired power plant in Bow and the state’s biggest carbon emitter.