New England has no team in the new pro chess league 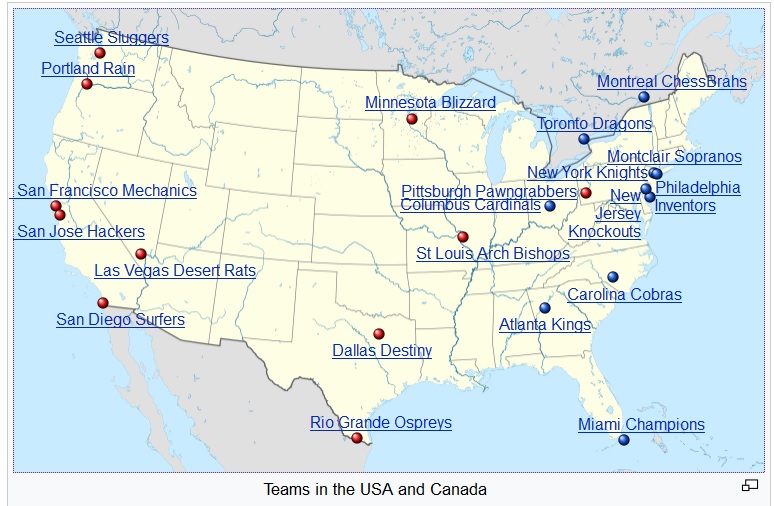 US and Canada teams in the new pro chess league - at least, according to wikipedia.

The U.S. Chess League, an ongoing effort to create a professional chess league with teams and high-profile players (grandmasters, etc) has folded, and an intriguing new league has taken its place. Called Professional Rapid Online Chess, it’s playing through the site Chess.com. The season started Jan. 11 and ends in mid-March.

But while the US Chess League had two teams in the Boston area (the Boston Blitz and the New England Nor’Easters based in Somerville, Mass., which won the first title in 2011 in an upset), the new league has no teams anywhere in New England.  Games are played online, so geographic distribution of teams is less important than it might seem, but still – that’s kind of irritating.

I believe that online betting is the revenue source that keeps this all going.The predecessor got into hot water for being associated with Pokerstars, a major online betting-on-poker site that had legal tussles.

Here’s a 2011 story I wrote about the US Chess League, although it’s behind the Nashua Telegraph paywall.