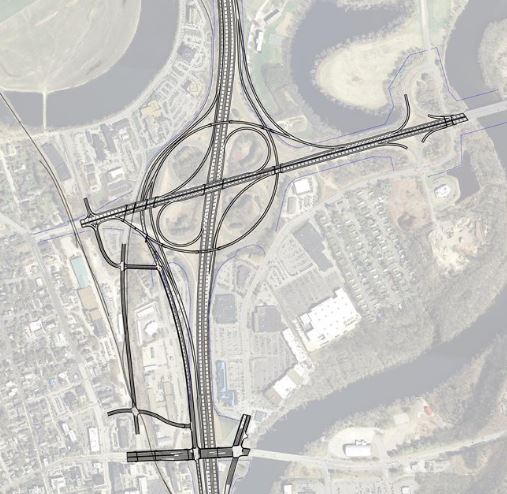 Interstate 93 through Concord is going to be expanded to three lane in each direction over the next decade or so, which means five very close-to-each-other interchanges will be reworked.

Over the last three days, the Monitor has presented detailed options for three of those interchanges (actually four: we combined 14 and 15, which are right on top of each other) in preparation for public hearings that were held this week.

Since you and I and anybody else who has ever driven a car has said at some point in our lives “why did those idiots build this road with such a stupid design?!?!?” it behooves us to take a look at the process much earlier to get a sense of the trade-offs that are involved.

You can look at the plans via the landing page for the project right here.