Electric cars are coming – but where are the electric car chargers? 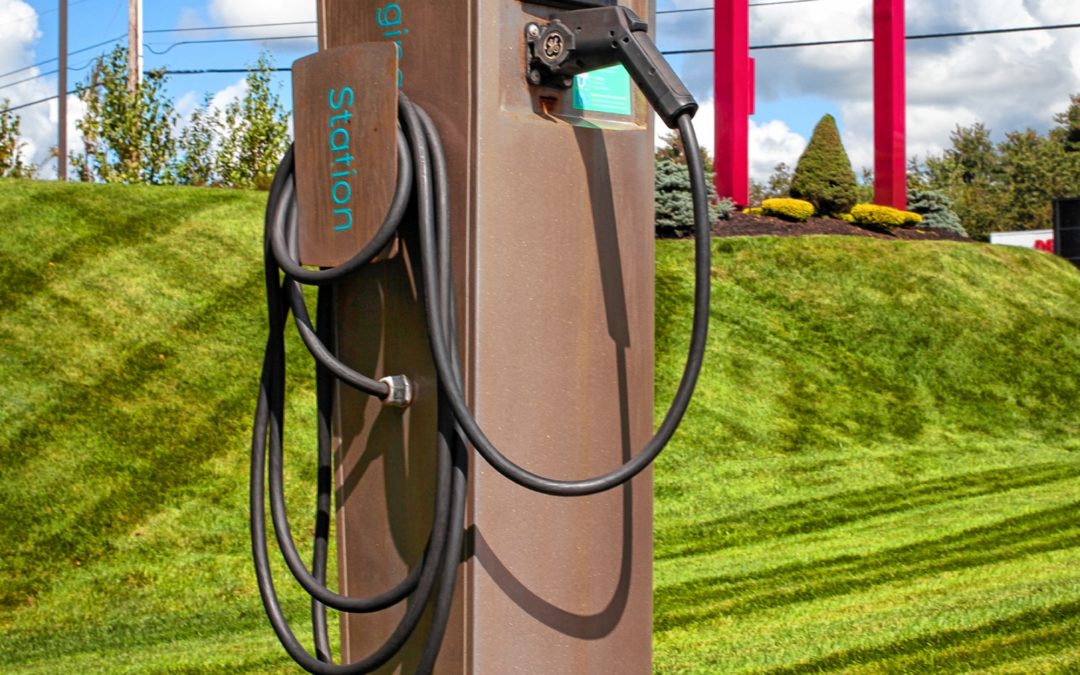 This week has seen a celebration of the increasing number of cars on our roads that are powered by electrons rather than fossil fuel, but as this numbers grows a question is growing with them: Where are their service stations?

The question isn’t as important as it sounds because electric vehicles owners can fill up the tank, so to speak, by plugging in at home. It is common to own an electric car for years and do all the driving you want, without ever needing to visit the electronic version of a public gas pump.

But as many people around the nation, as part of the fifth annual Drive Electric Week, celebrate the increasing number of electric car models for sale, some able to travel more than 200 miles on a charge, it’s widely argued that the spread of electric vehicles is held back by a shortage of public charging stations, making it hard to take long trips.

This shortage is especially keen in New Hampshire.

“Here in New Hampshire we are … kind of surrounded by other states that have actively engaged in trying to develop their charging infrastructure,” said Tim White, whose job as supervisor of Mobile Sources Section in the Department of Environmental Services makes him the state’s point man on electric vehicles. “I’m hoping something similar could happen here.”

New Hampshire has a couple dozen public chargers scattered around the state, almost all of them at car dealers that sell electric models or at hotels that offer free charging as a lure to customers. Except for two sets of Tesla-only chargers – on I-93 and I-95 –  there is no electric-car equivalent to the gas stations that have filled our horizons for a century.

In greater Concord, the most surprising public charging station is just off Exit 20 of I-93 in Tilton, at the Granite State Credit Union. Savings institutions don’t often host charging stations because, unlike restaurants or retail stores, they seem unlikely to lure many new customers seeking a way to fill the 30 minutes or so that a typical recharge takes.

“I was kind of curious when we opened and they said we’re going to put one, whether or not it would be used,” said Dave Heimbach, branch manager.

The Tilton branch is the most recent for Granite State Credit Union. It opened in January 2015, and the charger was added as a sort of experiment at the suggestion of some electric-car fans who were members of the system, according to a company spokesman.

“It’s been used pretty often, on a regular basis,” said Heimbach. “I’ve had people come in and asked if they have to be a member to use it, but it is open to the public.”

“I’ve left here frequently with cars charging in the parking lot while they go to the (nearby Tilt’n Diner),” he added. “I’ve seen a variety of different cars charging there: a couple BMWs, I’ve seen a Tesla, some Nissan Leafs, we have a Chevy Bolt that seems to charge there on a regular basis.”

However, publicly accessible charging stations are hard to find unless you know which websites or apps list them. There are no signs on the road point to the Granite State Credit Union station, for example, and even Tesla’s multi-charger stations on the highways lack public signs pointing to them.

Partly because it’s more complicated to build and run a network fed by the public power grid that one feed by tanker trucks carrying liquid fuel. Notably, if too many cars charge at one location at once, it can raise electric rates via what are known as demand charges, eating into any profit that the charger might make. That’s why the only charging network that exists in the U.S. was created by Tesla, which uses it to sell cars rather than to make money.

The best short-term hope for more electric chargers in New Hampshire comes from tens of millions of dollars we’ll get as part of a court-ordered settlement from Volkswagen, which was fined billions of dollars for deliberately cheating on diesel-vehicle emissions tests for years.

“One potential source of funding could be the VW settlement, but we are awaiting direction from the governor’s office on who the lead agency is going to be and what specific plans they have for the use of the funding,” said White. About $31 million is at stake for New Hampshire, he said.

A secondary part of the VW settlement is  called Electrify America, in which the company will fund proposals submitted by various urban areas. Southern New Hampshrie is part of the Boston Metro area for that program. “I’m hopeful that there may be some developments there,” said White.

In the meantime, electric car enthusiasts point to the other advantages of the technology over what they call ICE, for internal-combustion engine, cars – including better acceleration, less noise, no tailpipe pollution, much less maintenance and cheaper fueling, especially if you have solar panels.  They also argue that virtually all trips taken in family cars are short enough to not need any recharge away from home, rendering the lack-of-charging-stations debate moot.