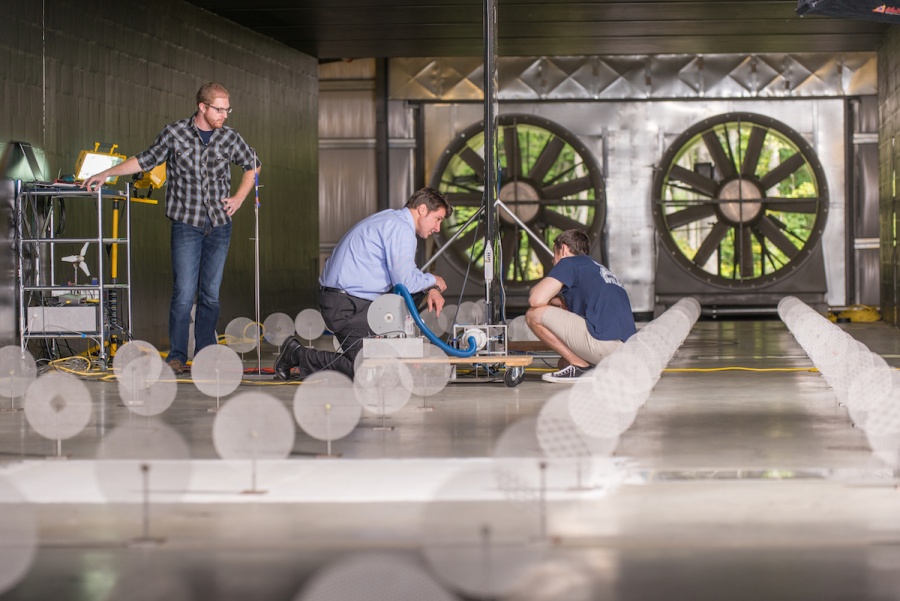 UNH photo: Inside the UNH flow physics wind tunnel. (This is not part of the Nike work.)

The sports-shoe company Nike tried to get somebody to break the two-hour barrier in running the marathon (26.2 miles). The effort fell just short, but as UNH reports, part of the preparation included wind tunnel tests in Durham at the UNH flow physics facility, which the school calls “the world’s largest boundary layer wind tunnel.”

The Breaking2 team found its way to UNH via the Portsmouth-based data science and artificial intelligence startup winningAlgorithms, which Nike tapped to study how drafting and aerodynamics might impact running speed. Not only was UNH’s wind tunnel less than a marathon’s distance from winningAlgorithm’s Route 1 headquarters, the tunnel’s large size made it ideal for understanding human-scale aerodynamics.

The team used the wind tunnel for two types of experiments, testing various aerodynamic formations in both. For the first, high-level collegiate runners stood on the drag balance — a section of floor attached to force transducers that measured the horizontal force they experienced when subjected to “winds” of about 10 to 15 miles per hour from the facility’s twin 400-horsepower fans. For the second, sports physiologists collected a range of biodata on the runners as they ran on treadmills in the wind tunnel, measuring their exertion as they ran in various formations aimed at minimizing air resistance. The arrow-type formation the runners ended up using for the May 6 record attempt came out of these studies.

You can read the whole story here.

National Geographic featured the wind tunnel in a documentary on the effort.