With fewer places to sell low-grade wood, loggers are hurting 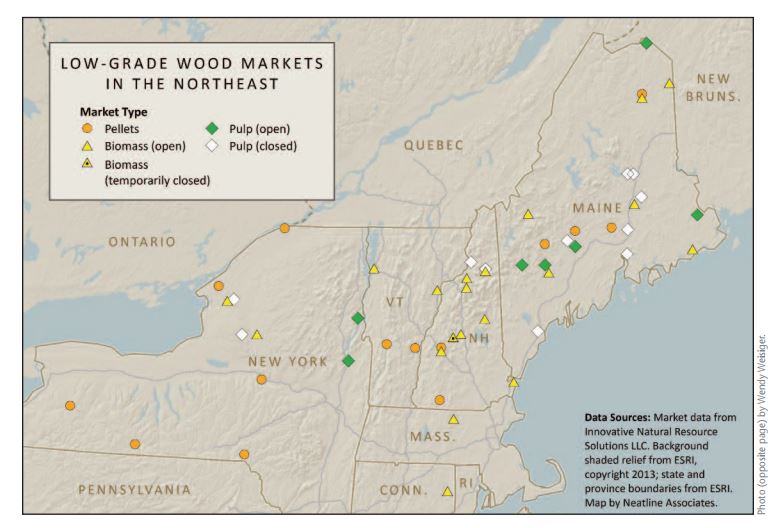 There’s a really complicated dance going on in Northern New England’s forests right now involving loggers – the folks who are either arboreal eco-villains or a vital part of the forest-human ecosystem, depending on your point of view. (I lean toward the latter.) The problem is that the decline of places to sell lower-quality wood, the parts of trees that aren’t good enough or big enough to be turned into lumber, which is putting the economic screws on the folks, usually part of small-scale and independent businesses, who cut our woods.

I wrote about this issue in June,  noting that the closure of paper pulp mills in Maine has hit hard. Then in September I wrote a column arguing that one of the big markets for low-grade wood – burning chips to produce electricity – didn’t make environmental sense and probably should be curtailed, thus hurting the very loggers I’d been sympathetic toward three months earlier. There are a half-dozen such power plants in New Hampshire (you can see them on the map above) and legislators and regulators are wrestling with how and whether to help them financially. The power they produce is more expensive and thus hurts ratepayers, so the question is how to balance that harm against the benefit of keeping the wood-products industry going.

If you’re interested, I suggest reading this excellent article in the August edition of Forest Notes about the effects of the markets and changes in technology. It’s a good overview and this includes this startling chart about the economics of being a logger: 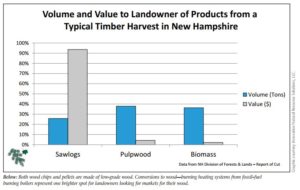 What’s the connection to geekiness? The health of our forests and the resulting effect on wildlife, water management, carbon sequestration and other geek-filled topics is affected by the financial status of our logging industry. So while it’s boring to think about economics and regulation and statehouse fights over subsidies (yawn), it makes a difference.