If food is limited, beetles limit the number of offspring 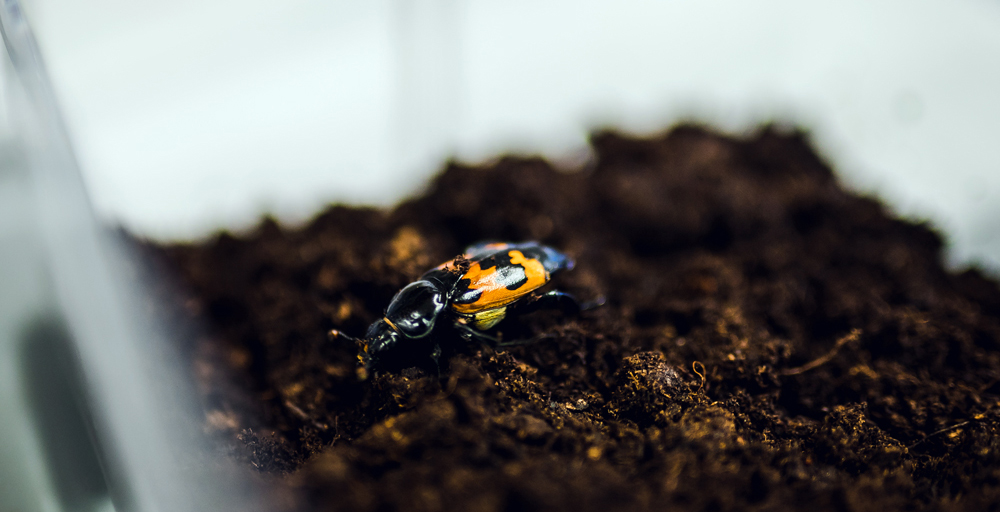 From UNH News Services: Researchers have long known that many primates make decisions about the number of children they have based on the availability of resources such as food. Now new research from the New Hampshire Agricultural Experiment Station at the University of New Hampshire finds that some insects – specifically burying beetles – also choose to limit offspring when food is scarce.

By understanding the behavior of burying beetles related to their reproduction and parental care, scientists can better understand the genetic and physiological mechanisms that modify parental care behaviors of insects in variable environments.

“As humans, we have a pocketbook with a certain amount of currency available to pay for food, housing, and clothing. This pocketbook is limited and informs what we can afford to purchase and support. The beetles are much like this. If resources are limited, then the number of offspring they can successfully raise also is constrained,” said NH Agricultural Experiment Station researcher Daniel Howard, assistant professor of biological sciences. 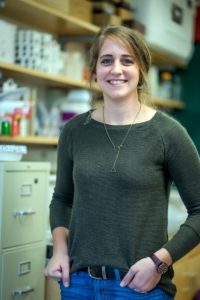 The research was conducted by Howard, experiment station researcher Carrie Hall, assistant professor of biological sciences, and doctoral student Brooke Woelber. It is presented in the January 2018 issue of the Journal of Ethology in Environmental cues influence parental brood structure decisions in the burying beetle Nicrophorus marginatus.

(A related study: UNH research found that beetles prepare their home in advance of babies’ arrival: “What we see here is burying beetles providing parental care which the majority of insects do not.” Read the study.)

In this experiment, researchers manipulated the environmental conditions of beetles by altering the density of beetles, which increased competition for food. They also changed the availability of food. This was done to see if the breeding pair made decisions about the number and size of the offspring they chose to rear in these conditions.

Researchers found that the burying beetle will make different decisions about the number of offspring they rear in different situations. Specifically, when the beetles face a lot of competition for food by increasing the density of beetles, they rear fewer offspring that are significantly bigger in size. In contrast, beetles that didn’t face competition for food from other beetles will rear significantly more offspring that are small in contrast. These results occurred only when the beetles were well-fed (e.g. when food was not limited).

However, when beetles were starved, the decisions parents made regarding the number of offspring to rear and their resulting size differed. Specifically, when food is limited, the beetles rear fewer young overall. However, in low-competition and food-limited environments, these offspring are larger. In contrast, high-competition and limited-food environments, parents have fewer and smaller offspring.

This suggests that parents may be constrained on the type of adjustments they make on their offspring when they themselves are deprived of food following high competition, and may choose to invest more of the food toward their own survival.

Going forward, researchers will evaluate how the burying beetle’s reproductive behavior alters the soil environment that they reproduce in, in this case New Hampshire’s mixed hardwood forests. Specifically, they are interested in how nutrients and microbial biomass (number of bacteria and fungi) change in the soil where they reproduce. Burying beetles are considered beneficial insects important to soil nutrient cycling, but few studies have actually measured their impacts.

This material is based upon work supported by the NH Agricultural Experiment Station, through joint funding of the National Institute of Food and Agriculture, U.S. Department of Agriculture, under award number 1010297, and the state of New Hampshire.