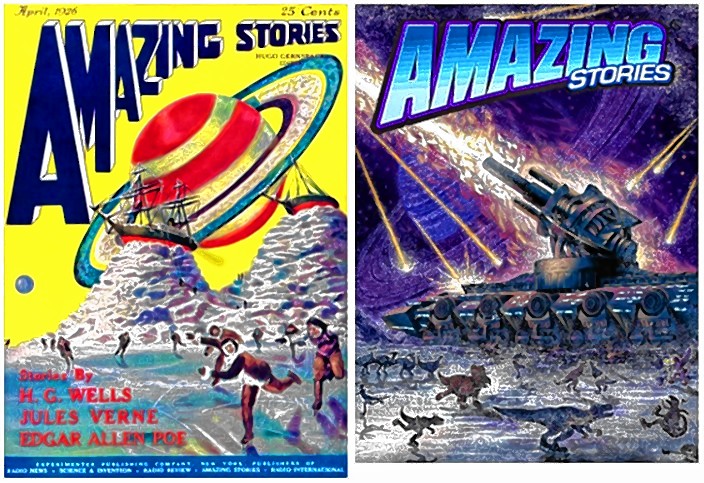 The long saga of New Hampshire resident Steve Davidson’s attempt to resurrect a fabled piece of science fiction history has moved to the place that some say should have been its original launching pad: Kickstarter.

“I don’t view that as a sustainable method of funding a magazine,” said Davidson, 59, concerning an upcoming drive to use the popular crowd-sourced funding platform to fund a new version of Amazing Stories magazine. “But I came to realize that crowd-funding is really very much accepted positive, not by my generation but succeeding generations – and those are the people who are leading the magazine and writing for the magazine.”

The Kickstarter project is slated to launch Thursday, March 1. Davidson says it will have some interesting features, but declined to give any spoilers. The idea is to get enough to print the first edition and then use subscription or advertising revenue to put out a quarterly magazine, he said.

Davidson has been trying for almost a decade to bring back Amazing Stories, which launched in 1926 as the world’s first publication devoted to what is now called science fiction. Its role is so pivotal that the science fiction equivalent of the People’s Choice Awards is called the Hugo, after Hugo Gernsback, the man who founded the magazine.

The print magazine died in the 1980s and never came back to life despite efforts by several owners. Davidson bought the name in 2008 after finding out, by accident, that the trademark had lapsed. By 2011 had used it to turn his science fiction blog into an online Amazing Stories, with hopes of creating a print version.

He put out two online editions but the project was sidelined by the sickness of Davidson’s wife, Karen, who died a year ago.

Last summer, he says, people began asking whether the print version would ever come to life, a conversation that eventually led to the Kickstarter project.

“It’s almost as if people are saying, well, you finally came to your senses and decided to do a Kickstarter and we’ll help you out. There is a hankering on everybody’s part to see that magazine. The website has served that purpose for the last five years; now they want more,” he said.

For many people, the name Amazing Stories is still attached to a short-lived Steven Spielberg television series of the same name, which ran as a family-friendly version of Twilight Zone in the mid-1980s.

Spielberg is trying to resurrect that show with Apple even though Davidson owns the trademark to the name. Davidson, who had tried to get NBC to develop the show using his trademark, has objected to Spielberg’s plans.

“I’m still quote-unquote renegotiating with him at this moment,” he said of the dispute, but declined to give details.