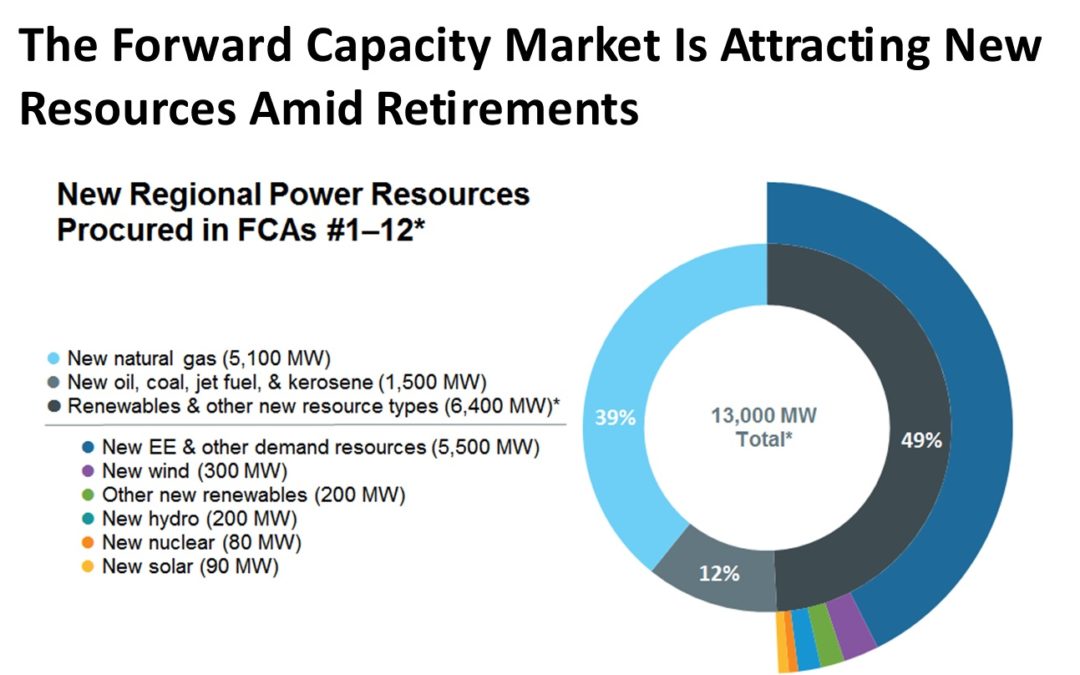 When it comes to New England’s electricity grid, people’s attention might be grabbed by the big hardware proposals – transmission lines, power plants, gas pipelines and the like – but in the near term, the things that will change it are a lot less physical.

That was one takeaway Tuesday from an annual overview of the power system given by Gordon Van Welie, president and CEO of ISO-New England, the independent entity that oversees the six-state power grid.

The wide-ranging discussion covered many topics that have been at the forefront of debate for years, such as difficulty getting natural gas to power plants during cold snaps, when most of the supply is used for heating and prices spike, and the effect of the coming closures of nuclear and coal-fired power plants.

But just as important, if less often in the headlines, are new or proposed changes to some of ISO-NE’s complex rules governing the sale and transmission of electricity.

Take, for example, integrating demand response into the competitive energy and reserve markets. That mouthful will go into effect June 1, the first time it has happened in the country, Van Welie said.

The idea is to let reducing need compete directly with producing more when electricity prices are set at public auctions, which aims to more accurately reflect a party’s impact on the grid.

Demand response has been used on the New England grid for more than a decade. It is a system in which large commercial and industrial customers get a break on rates in return for agreeing to reduce their electricity demand during peak periods, such as during a polar-vortex cold snap or on very hot summer days. It can cut power need by a greater amount than the output of Seabrook Station, but figuring out how to fairly pay for it has been difficult; the hope is that the open auction will provide a real-world price to demand response agreements.

Just as wonky, but still in the works, is something called Competitive Auctions With Sponsored Policy Resources, or CASPR. This policy is designed so that electricity-producing facilities, which get government support because they pollute less, can participate in what is known as the forward capacity market, an auction system that guarantees New England will have enough electricity three years down the road.

These power plants haven’t previously participated in the forward capacity auction because their subsidized prices would skew a market-based system. CASPR seeks to circumvent that problem by creating a follow-up auction for the subsidized plants after prices have been set for the open-market plants, in hopes of better integrating low-pollution and renewable power systems into market pricing of electricity production.

CASPR was developed by ISO-New England and is being considered by FERC, the federal body that oversees energy policy, so it may never come into being, but it reflects the way ISO-NE, which has no legal authority to force power plants or power lines to be built, is trying to strengthen the grid through policies.

During his remarks, Van Welie repeated the oft-stated concern that planned or expected closure of nuclear and coal-fired power plants in New England would further strain the grid and raise the possibility of rolling brownouts during extreme cold. Somewhat surprisingly, however, ISO-NE’s list of power plants at a risk of shutting due to economic forces included Newington Station in New Hampshire, which can burn either natural gas or oil. That’s surprising because such “dual fuel” plants have become the workhorses of the region’s power grid.

Newington Station, built in 1974, is relatively old. It was recently sold by Eversource to Granite Shore Power, a consortium of investors, as part of the utility’s last step toward deregulation.

Van Welie said that the role of new renewable resources, mostly large wind farms and smaller solar arrays, combined with a tiny but growing battery storage industry, would increase sharply in coming years. The question is whether they would increase quickly enough to compensate for the closing of older, dirtier power plants.

“We are somewhat in a race. We have resources that are retiring, we have state environmental regulators that are aggressively lowering the amount of emissions that can be emitted by fossil generators, and states continuing to invest in behind-the-meter (solar) resources,” he said. “We need to connect up replacement sources of energy, and/or remove constraints on pipelines, before we lose the older resources that are no longer economic. If there’s a mismatch between the speed of those activities … we have to do something to keep the grid reliable.”