In the North Country, sugar maples have a very hard time returning after a clear-cut 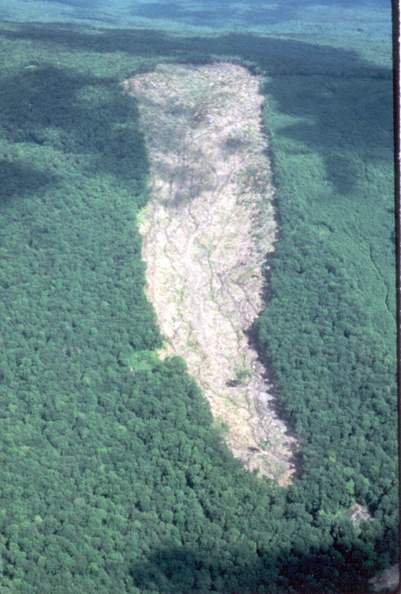 As if New Hampshire sugar maple forests didn’t have enough to worry about – like voracious new bugs, climate change, invasive plants – long-running research has found another one: North Country soils make it very hard for them to rebound after a clear-cut.

“This particular watershed was half sugar maple, pre-harvest. But after 30 years of regeneration … it’s just 4 percent sugar maple,” said Natalie Laura Cleavitt, a research associate and lead author on a paper, describing the results of a test that has been running on over hundreds of acres at Hubbard Brook Experimental Forest, north of Plymouth, for 35 years.

Basically, researchers have been regularly performing a variety of tests on several similar watersheds that were subjected to different kinds of tree harvests. The idea is to see what would happen over decades, with an eye toward guiding forestry practices.

In summary, this study found that sugar maple trees had an extremely hard time returning to northern hardwood forests where they had once thrived following what is known as a whole-tree harvest.

In whole-tree harvests, even the tops and branches of sawlog trees are removed from the site, as are trees too small to be used for lumber, usually to be turned into chips for biomass energy or paper plants.

Whole-tree harvests can be important for loggers, since the income from chipped wood makes it feasible to log the property at all. The practice waxes and wanes over the years as prices fluctuate for timber and chips.

And now we come to the rub: The study found that in northern hardwood forests, which means everything from Plymouth north, whole-timber harvesting left soil so depleted of calcium that sugar maples barely returned.

Yes, calcium. I didn’t realize it was important for trees, but Cleavitt explained that it’s a real issue in New Hampshire’s granite soils, which are calcium-poor to start with and have had calcium leached out by acid rain.

Part of the problem with sugar maples, Cleavitt said, is that they are out-competed by beech trees, which have the nasty habit of sucking up a lot of the calcium from the soil around them. But the study found that bullying by beeches is not the only problem for sugar maples.

“Thirty-one percent of the time, sugar maple lost to nobody,” she said. In other words, whole-tree harvest left much of the watershed unable to support regeneration of our iconic leaf-peeping tree even when other species didn’t overwhelm them.

One lesson: “People really need to test their soil if they’re interested in sugar-maple regeneration,” she said.

It is probably not enough to cull beech trees that you see growing, standard practice when developing or expanding a sugar bush – a maple forest designed for sap harvest for syrup. It might be necessary to add lime, to counter-balance the acidification, although that’s too expensive to be a reasonable consideration for most forestry.

Another conclusion is to do more gentle timber harvesting, leaving the tops and small trees. But even that isn’t a great solution, Cleavitt said: Maples returned to only 8 percent of the area when this less-intensive clear-cutting was done.

It may be that the only way to keep sugar maples after a tree harvest is to very selectively cut only the best trees, doing as little damage as possible to the ground. That’s often not economically feasible, however.

Cleavitt noted that the study’s conclusions are known to apply only to northern hardwood forest, dominated by beech, yellow birch and sugar maple: “I’m not sure it extends to southern New Hampshire where there are oak-dominated forests.”

The study is published in the Canadian Journal of Forest Research.

This is a very big, very non-trivial experiment. The main study area in this paper, known nonpoetically as Watershed Five, covers about 50 acres, encompassing all the land where any rainfall flows into one particular creek, and is compared to several other similar watersheds. Studying a whole watershed at once is a good way to understand ecology – you could even call it holistic, if that word hadn’t been leached of all meaning by misuse.

Thirteen times since the Watershed Five was whole-tree harvested in the winter of 1983-84, researchers went in and painstakingly measured what is happening, such as cataloging the species of plants that are returning, examining how the chemistry of the soil and water is changing, and other aspects of the environment.

“This paper, what’s unique or strong about it, is that we followed at a quarter-meter squared scale over 30 years – who was in that square, who won and who lost. We were watching this terrific games of checkers play out,” Cleavitt said. “There’s no one in forestry who has the time or inclination to follow this at such a minute scale.”

In other words, this is just the sort of science made possible by an experimental forest like Hubbard Brook.

The forest is one of the gems of science in New Hampshire.

Established by the United States Forest Service, Hubbard Brook covers an entire dead-end valley between Plymouth and Lincoln. It’s been around 1963 has been used as a research area by hundreds of scientists from scores of institutions. Cleavitt, for example, works for Cornell University, although she has lived in New Hampshire for many years.