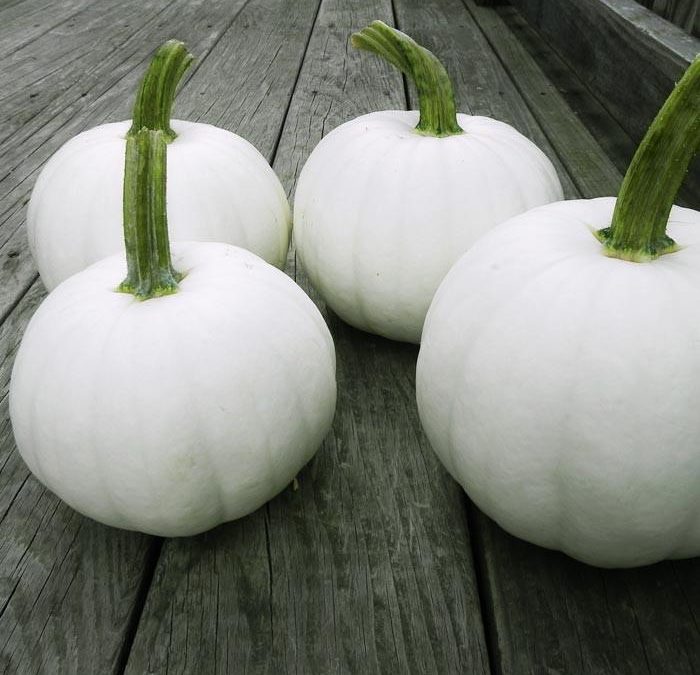 The Blanco white pumpkin variety, developed at UNH. Although why anybody wants a non-orange pumpkin is beyond me. Credit: Harris Seeds

From UNH News Service:  Gardeners preparing to plant their fruits and vegetables have a number of new summer squash, melon and pumpkins options that were developed at the NH Agricultural Experiment Station at the University of New Hampshire by a researcher who represents the longest continuous squash and pumpkin breeding program in North America.

The most recent work of Brent Loy, emeritus professor of plant genetics, has resulted in the commercial release of several new cucurbit varieties that are well suited to state and regional growing conditions, have improved yields, and exhibit disease and pest resistance.

Loy’s work has resulted in more than 70 new varieties of squash, pumpkins, gourds, and melons sold in seed catalogs throughout the world. Loy is responsible for 29 percent of UNH’s cumulative royalties earned since 1999. 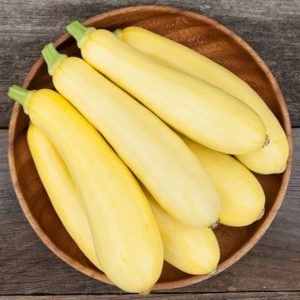 One of the longest ongoing melon breeding projects by Loy, begun in 1968, has been to develop gynoecious (highly female) melon breeding lines for use as seed parents for reducing production costs for hybrid seed. Fruit of several of these lines have good external appearance and culinary traits, and seed are now available for distribution to interested seed companies.

Loy’s current breeding thrust in pumpkins has been to develop varieties with novel rind colors. Moonshine, a mid-size white pumpkin, was the first introduction from this effort. This was followed by Owl’s Eye and Sunlight, both yellow pumpkins. Loy’s breeding lines also are in two new white pumpkin introductions, Snowball and Blanco, as well as an attractive large, yellow pumpkin, Mellow Yellow. Mellow Yellow and Sunlight have intermediate resistance to powdery mildew, as will several new white pumpkin hybrids expected to be available commercially during the next two years.

Loy considers Naked Bear, a semi-bush, hull-less seeded pumpkin with tolerance to powdery mildew and some fruit rot diseases, to be one of his most prominent breeding accomplishments. Naked Bear gives extremely high seed yields, and the seeds are excellent for roasting and snacking, and can be pressed for oil. Uniform and averaging 2 to 3 pounds, its light-orange fruits with gold flecking also make attractive ornamentals. Seed of Naked Bear is available through most catalog seed companies in the Northeast.

This breeding research is based upon work supported by the NH Agricultural Experiment Station, through joint funding of the National Institute of Food and Agriculture, U.S. Department of Agriculture, under award number 233554, and the state of New Hampshire.