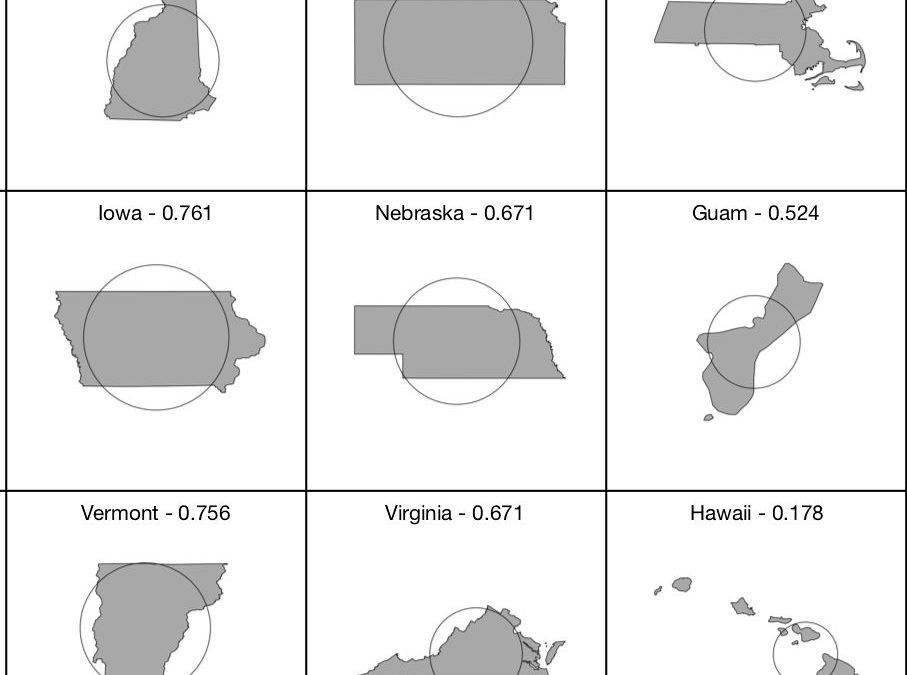 In this part of the chart, New Hampshire wins! (I haven't shown Maine for good reason.)

Now I have a new answer: We’re the one that’s eight-tenths of a percent more circular!

Specifically, the ratio of the perimeter and area for New Hampshire produces a value of 0.762 (in which 1 is a circle and 0 a straight line) while Vermont is a mere 0.756. Ha, take that Green Mountain State!

According to its calculations, which I haven’t checked, the least circular state or territory that isn’t made up of multiple islands (e.g., Hawaii, Guam) is Massachusetts. That surprised me; I would have voted for the ridiculously shaped Maryland. However, as one comment on the post pointed out, this value varies if you include water borders.

In New England, Maine leads the circularity race by a long shot. Its measure of 0.825 puts it No. 14 on the roundness hit parade.

What does this mean in real terms? Nothing whatsoever, I’m happy to say. These days, I’ll take all the fun stuff that doesn’t have any unpleasant real-world connotations that I can find.