Lyme vaccine for humans is getting closer, just needs $350 million to help it along 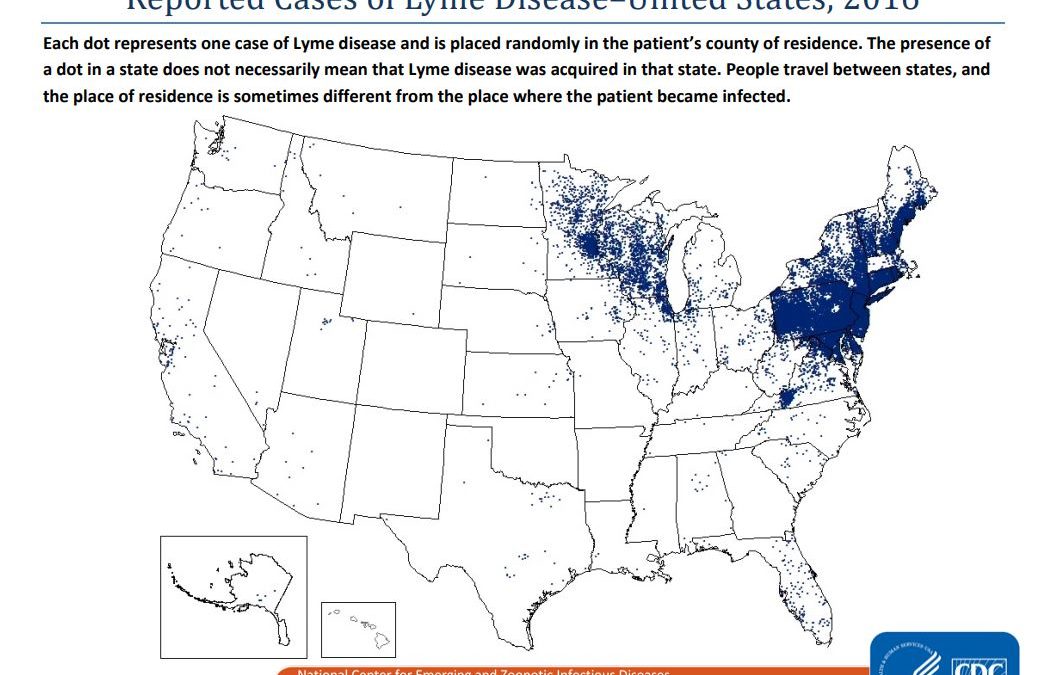 If there’s any medical advance that the New Hampshire public would love to see right now, it’s a Lyme vaccine, as bacteria-carrying ticks sweep over the landscape – and not just in New England or just the U.S.. I suspect even anti-vax folks would find an excuse to get it.

A French company called Valneva says its Lyme vaccine has passed Phase I tests, in which small groups of people receive the trial vaccine to see if it has any quick, serious side effects. They’re ready to start Phase II testing, in which it is given to people who characteristics such as age and health similar to those for whom the vaccine is intended, after which comes Phase III, when it is given to thousands of people and tested for efficacy and safety. From FiercePharma:

The vaccine induced antibody responses of 71.4% to 96.4% against the outer surface protein A of six serotypes of Borrelia bacteria, which is passed to humans by ticks to cause the illness. No serious adverse events and no cases of arthritis were observed. GlaxoSmithKilne once sold LYMErix, which covered only one serotype of the bacteria, but voluntarily withdrew it in 2002 because of an alleged connection to arthritis.

Valneva now looks to launch a phase 2 in the second half of 2018. It will be carried out in Lyme-endemic regions in the U.S. and Europe, and include subjects previously infected with the bacterium. Moreover, a few subjects in phase 1 will be re-enrolled to receive a booster dose. The plan is to see whether such a regimen is necessary and to help further understand the shot’s safety and immunogenicity.

Lyme is the most common tick-borne disease in the Northern Hemisphere, with about 300,000 cases reported to the U.S. CDC each year and another 200,000 seen in Europe.

All it need to proceed, it says, is $350 million in funding, to get through the approval process and make the vaccine in marketable quantities. We all moan about high drug prices, and for good reason, but creating a safe and effective drug is one hell of an expensive process.

Of course, even a fabulously wonderful and cheap Lyme vaccine won’t stop ticks from giving us anaplasmosis, babesiosis or Powassan (which are already here) or ehrlichiosis, tularemia and Rocky Mountain Spotted Fever (which are getting closer).