More whites are dying than being born in 26 states 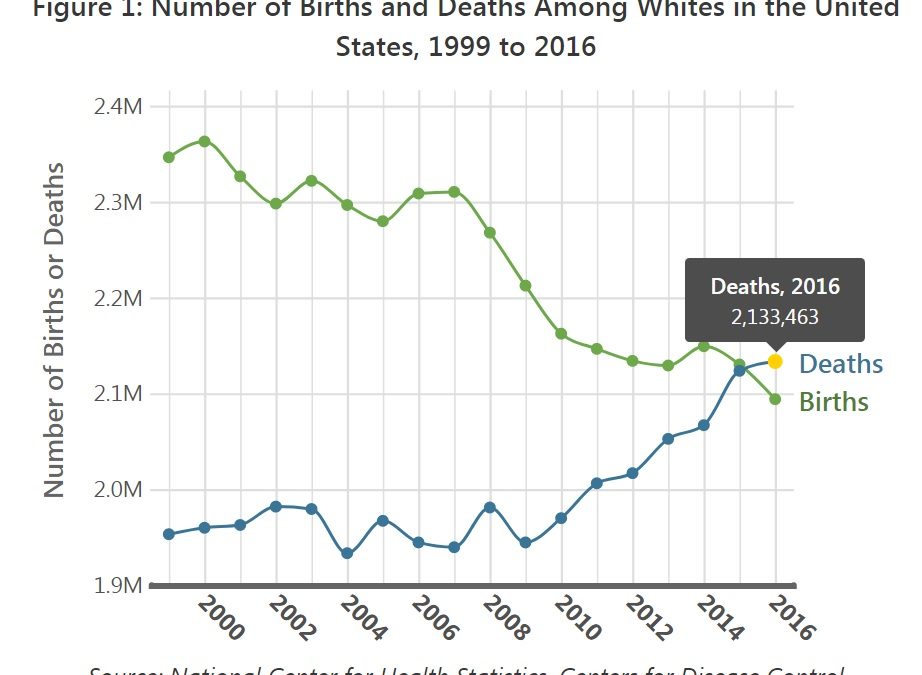 More non-Hispanic whites are dying than being born in New Hampshire and most of New England for several years now, but a new report finds that this trend has spread to 26 states throughout the country and is now the pattern for the country as a whole.

“This is up from just 17 (states) two years previously. We were so shocked by the rapid rise that we actually reran the analysis to make sure we hadn’t made a mistake,” said co-author of report Ken Johnson, a professor of sociology at the University of New Hampshire who has long studied demographics and population trends.

According to the 2016 report, the most recent for which data is available, the United States saw what is known as a natural decrease among non-Hispanic whites – that is, more whites died than were born.

In most states that see a natural decrease among whites, the pattern is balanced by a natural increase among other ethnic and racial groups. However, three states – West Virginia, Vermont and Maine – are seeing more deaths than births overall, largely because their population is predominantly made up of non-Hispanic whites, and New Hampshire may soon follow suit.

If this happens, the state’s population may not decline due to a natural decrease balanced by an influx of people moving here from other states or countries.

This natural decrease among whites is partly the result of aging baby boomers. The huge contingent of whites born after World War II are entering their retirement years with an accompanying increase in numbers of deaths. The reports said another factor is a decline in fertility among caucasians that began with the Great Recession, but has not changed as the economy has rebounded.

It doesn’t seem as if the trend is likely to change anytime, since the number of white women pregnant age (15 to 44) throughout the country is falling. It declined by 5.1 million between 2000 and 2016, or 12.5 percent, according to the report.

The report, produced by the Applied Population Lab of the University of Wisconsin, can be found at apl.wisc.edu/data-briefs/natural-decrease-18.