Why is Gulf of Maine warming so fast? It’s a bathtub 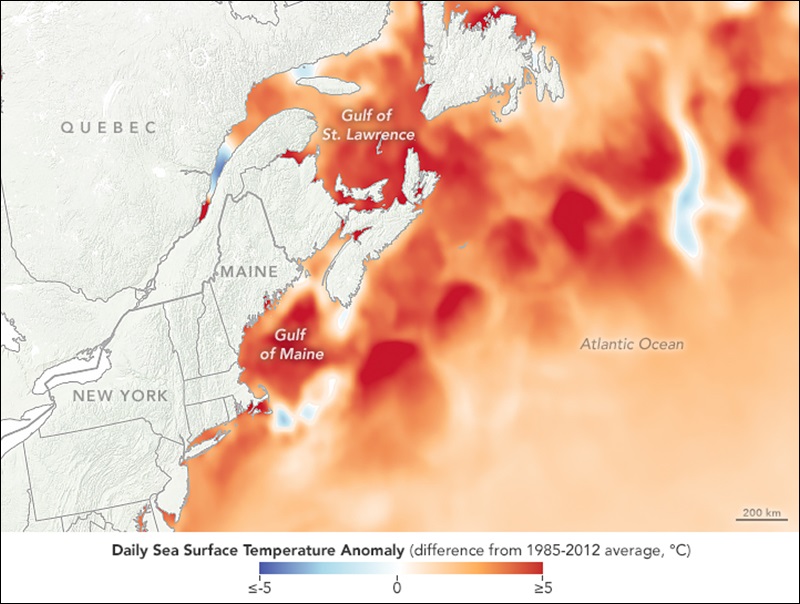 The Gulf of Maine, the huge body of water that borders New England stretches, roughly bordered by Cape Code on the south and Nova Scotia on the north, is warming up fast – faster than almost any other part of the world’s oceans.

Why? Geography of the land and geography of the ocean floor, which make the gulf acting “something like a bathtub,” plus the effect on currents of huge amounts of cold water from melting Greenland glaciers.

Other regions also susceptible to long-lasting marine heat waves include the fringes of the Arctic Ocean, especially around the Barents Sea north of Norway, where the Gulf Stream ends. Another region lies off the coast of Japan, where the warm Kuroshio Current, similar to the Gulf Stream, flows northward.

Despite this susceptibility, no other large-scale region is warming quite as fast as the Gulf of Maine, Pershing said. The 1% of the ocean warming faster than the Gulf of Maine is just “pixels here and there.”

That’s from this excellent piece in EOS outlining the issue.

The next time you read about declining kelp in the gulf, or the loss of the gulf’s shrimp fishery or the influx of disastrous native species along the ocean floor, you’ll know why