Dartmouth is doubling down on quantum computing 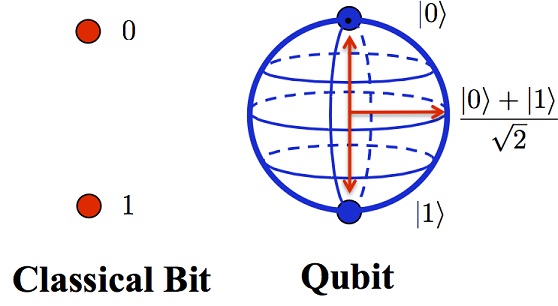 These days, computers are old hat. If they want to be interesting, you need to think smaller – much smaller.

As in subatomic, quantum-level small.

“There are fundamentally different principles that quantum mechanics brings. There are types of quantum correlations that exist but have no classical physics analog. Try as you may, they only exist in the quantum world,” said Lorenza Viola, a theoretical physicist at Dartmouth College. “We refer to them as ‘entanglement’ and are trying to use them.”

Viola knows whereof she speaks. She has been working in quantum computing, which aims to use the weird physics of the subatomic world to make computers that are exponentially better than is possible with current systems, since she arrived at MIT in 1998 as a postdoc and then came to Dartmouth in 2004. She has the reputation to show for it.

“When I went to a conference and saw her for the first time, I said: ‘Oh! It’s Lorenza Viola!’ ” recalled James Whitfield, an assistant professor of physics who came to Dartmouth three years ago to work in quantum computing. “When I heard there was a position here, I was very excited to apply.”

The college will boost that reputation today, when it hosts IBM Quantum researchers for technical lectures and a event called “Programming ‘n Pizza” that combines two of the geek world’s favorite things. Like most scientific gatherings at universities, the point will be both to share ideas among researchers and to help students get future jobs: IBM is one of the industry leaders in attempts to build real systems that use quantum computing. Along those lines it will also feature a Dartmouth grad, Peter Johnson, who cofounded a company called Zapata Computing that’s developing the software which can make use of these systems once they come to pass.

The program may also draw a little public attention to a field that can be tough for outsiders to get their heads around.

Most of us have a vague understanding that quantum mechanics involves weird behavior that’s very different from the world of classical physics we live in.

A fundamental difference of quantum mechanics is that in the subatomic level objects can exist in a superposition of states and behave probabilistically. You can’t predict they will be found here or found there when measured, only that there is a spread of probabilities that covers their potential location or behavior.

As Viola explained it to me, these extra degrees of freedom and their quantum correlations give the bits of a quantum computer (known as quantum bits or qubits, pronounced like that old arcade game Q*bert) more ability, to carry and process information than the individual bits in a classical computer, which can only convey zeros and ones. In theory, this will let quantum computers answer questions that traditional computers can’t begin to tackle, such as factoring the enormously huge numbers which underlie cryptography.

“Try to think of units of information, like in the classical case, but the unit of information are quantum bits,” she said. “They can still be zeros or ones, but in addition, quantum mechanics gives them the possibility to be in any state in between.”

“And the more the better,” she said. “The more qubits, the harder the problem that can be attacked” as long as they don’t succumb to what is known as decoherence, in which quantum behavior is lost.

That’s the theory. Creating the hardware to control qubits and the software to use them is the next step.

“Once they made the first transitor, it was very clear what the next transistor would look like – it would be smaller, there might be different materials to use. But for quantum computing right now, it has not settled down to a technology. There are a lot of possibilities, a large list of technologies” being studied, Whitfield said.

It’s quite possible, Whitfield said, that many different types of quantum computers will be developed to tackle different sorts of questions.

A current approach goes under the delightful name of Noisy Intermediate-Scale Quantum (or NISQ, which is not pronounced anything like Q*Bert). They seek to control a relatively small, but not too small, number of qubits.

The word “noisy” is there because a very big problem in this field is controlling the inherent fragility of the quantum world against noise effects, that can lead to irreversible loss of quantumness and to decoherence. Much of Viola’s work focuses on that problem.

“One of my main interests has been to come up with protocols for protecting quantum information against noise. Also, I collaborate with experimental groups to implement protocols to use control techniques for learning what the noise actually is,” she said.

Whitfield is closer to the algorithmic side, which is where IBM comes into the picture.

What sort of idea? His faculty bio page tries to help:

“The study of compression techniques for quantum systems (e.g. matrix product states, density functional and density matrix theories) and addressing the longstanding question of what, if anything, today’s quantum computation can tell us about fermionic systems of applied interest.”

All well and good but compared to traditional computing, quantum computing is barely doing baby steps in terms of actually being able to accomplish anything useful.

From the point of view of a researcher, however, that’s more of a feature rather than a bug, since it’s thrilling to be part of a blossoming field.

“A lot of the ideas we’ve been thinking of for the last 10 years are starting to be seen in actual hardware,” Whitfield said. “It’s super exciting. You can actually test out some of the ideas we had in the mid-2000s, and see if they work.”

Viola, who remembers encountering great skepticism about the field in the 1990s, took my horticultural “blossoming” metaphor a step further.

“It’s not just the flowers, we are starting to see fruits!” she said. “It’s really blooming.”