Why does the US have a higher overdose death rate than other countries? 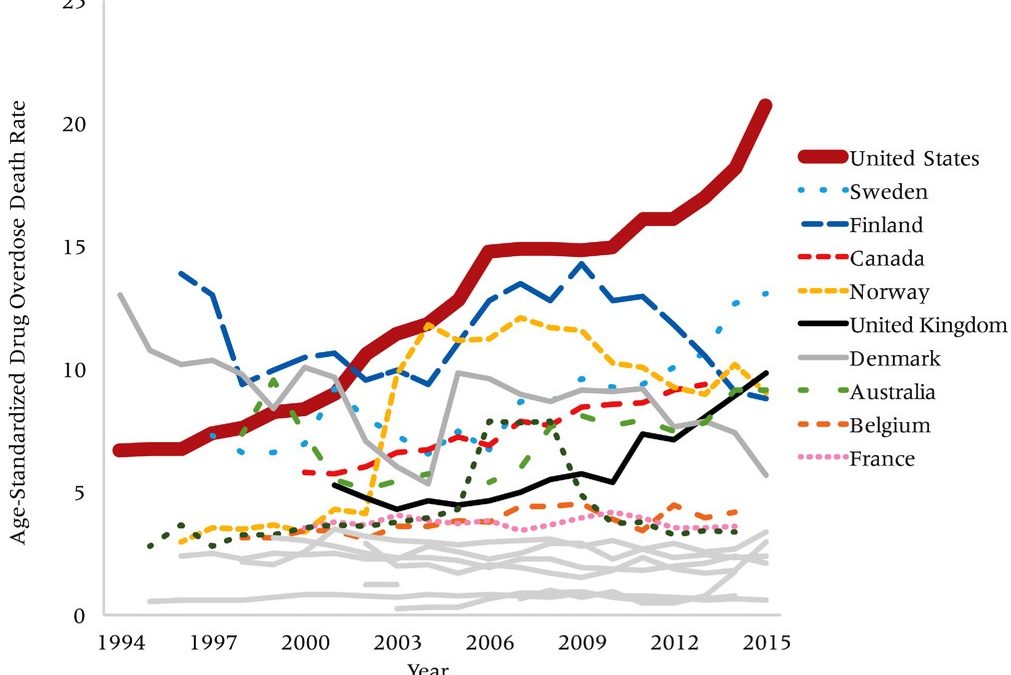 In recent years, as I’m sure you know, drug overdose deaths have soared in the U.S. and spread to pretty much all segments of society, thanks largely to opioid use (painkillers and heroin). A new study confirms what most suspected: The overdose death rate in our country is much higher than in other rich countries.